“Legally the DIS Can Not Be Shut Down”, DIS Director

The director personally discussed the draft bill the government is proposing to send to the Legislature on October 1, with legislative members of the Commission on Security and Drug Trafficking.

The subject, however, is being handled in total secrecy with none of the legislators of the commission revealing any details, precisely because the copy left behind by Figueres was labeled in red letters, “confidential.” 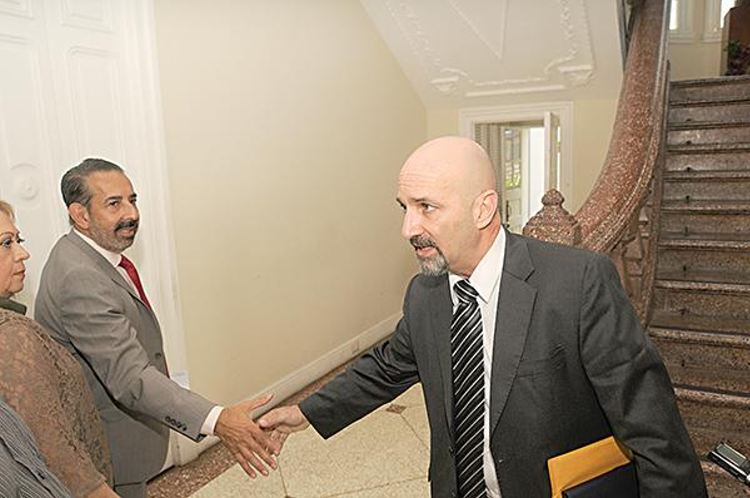 The director told La Nacion that the DIS is working on a proposal to completely banish political police activities that have supposedly being carried out in the past.

Figueres assured that they have not found one single file, now the DIS is investigation these cases, of which he personally says was a victim.

The “new DIS” Figueres proposed to legislators would be devoted, according to his statements, to eradicate the political police and the creation of foresight and strategic intelligence practices.

Chairing the Safety Committee, Frente Amplio legislator, Francisco Camacho, would only say, “the DIS aims to become a security agency of the State and policies will be defined by law.”

Camacho and Partido Liberación Nacional (PLN) legislator, Ronny Monge, support the continuation of the DIS, although Monge believes, that without evidence, it cannot be said tha the DIS was a political police with persecution practices.

Editor’s Note:
Although Mariano Figueres, although today he taking orders from a Partido Accion Cuidadana (PAC) party, the DIS was created by Ley 7410, Ley General de Policía, under the presidency of José María Figueres Olsen (1994-1998) – Mariano’s on May 19, 1994.

QCOSTARICA - No more soup for you! If the Minister of Public Works and Transport (MOPT), Rodolfo Méndez, has his way, the H. Solís...
Economic Recovery

QCOSTARICA - The pandemic caused by Covid-19 fuels the strategy of positioning Costa Rica as a world destination to develop wellness tourism, since travelers...
Crime