Correction: In the original article we said Thursday instead of Friday.

COSTA RICA NEWS – The Ruta 32 (San José – Limón) continued closed in the area of the Zurqui, the Braulio Carrillo national park, due to several landslides. 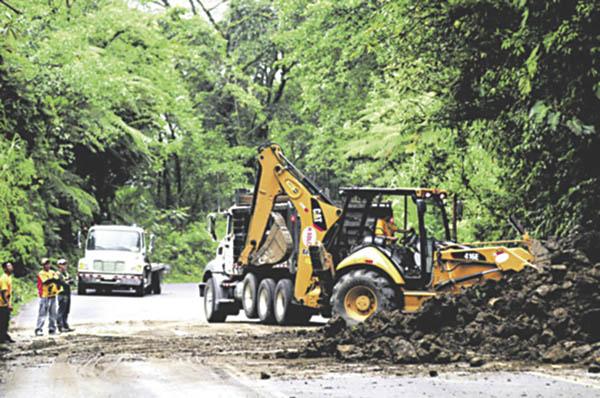 As of this morning (Friday), the Ministerio de Obras Publicas y Transportes (MOPT) continued the clean up, while the Policia de Tránsito maintained a total closure between through the rain forest of the Braulio Carrillo.

Mario Calderon, director of the Transito, said that they hope to have the road re-opened by Friday afternoon.

While the closure is maintained, travel between San José and Limón is by way of the  alternate through Turrialba and San José – Guapiles by way of Heredia (Sarapiquí).

Today, Sunday, June 20, only vehicles with "EVEN" ending plates CAN circulate The measure is countrywide and applied between 5:00 am and 9:00 pm, save...
Infrastructure