Legislators Take Up To 9 Years To Process A Law 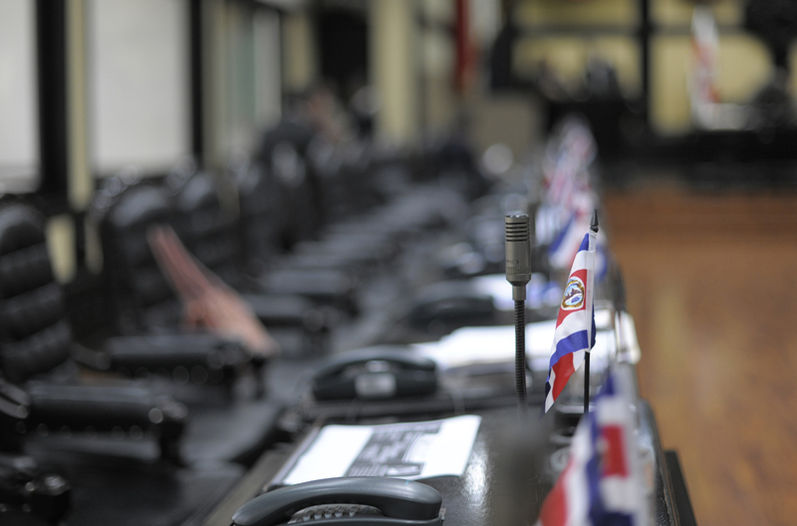 (QCOSTARICA) It takes an average of 700 days or 23 months for a bill to move through the Legislative process and become law.

Between May 1, 2002 and 2015, legislators approved 1.015 bills that became law, according to data provided by the Department of Parliamentary Services of Congress (Departamento de Servicios Parlamentarios del Congreso).

However, among the 1.000 approved laws, some went way beyond the average, taking up to nine years, from the moment presented to the legislative floor to the official publication in La Gaceta.

Another was an amendment to the Electoral Code (Codigo Electoral) giving the Supreme Electoral Tribunal (Tribunal Supremo de Elecciones – TSE) weapons to control political party financing. That bill took only eight years, from 2001 to 2009.

According to Parliamentary Services, the initiatives that appear most often on the “pending” list are international agreements and treaties.

Legislators like Rolando González, of the Partido Liberación Nacional (PLN); Jorge Rodríguez, of the Unidad Social Cristiana (PUSC), and Ottón Solís, del Partido Acción Ciudadana (PAC), say the reasons for the delays are many.

According to Gonzalez, in recent years, the leaders (of the legislative parties) are “more scattered than before”, their direction is not centralized, resulting in many ruptures of pacts.

Jorge Rodriguez, who was legislator during the 1990-1994 period, said that in the times of bipartisanship (dominated by the PLN and PUSC), it was easier to reach agreements.

“Legislators were more responsible, I felt a commitment. Now they are unmotivated,” Rodriguez said.

According Otton Solis, lawmakers are inefficient and spend hours talking about irrelevant issues.