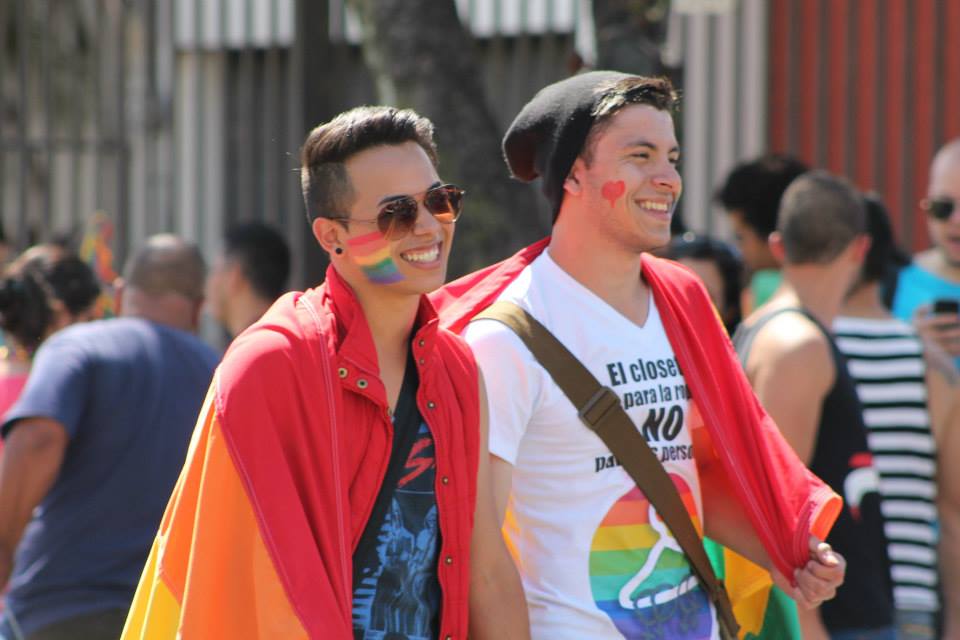 Paseo Colón and Avenida Segudna yesterday became a gateway of colour and politics in favour of legalizing same-sex marriage in Costa Rica.

Inspired by the advancement of same-sex marriages in other countries, especially in the United States, organized groups used their San José parade as a statement of intent, to collect some 165.000 signatures required to present a bill for same-sex marriage in the country.

Once the signatures are obtained, the bill could be presented in the Legislature in the form of a “popular initiative”, though it is unlikely it will make during this term, according to legislator Carmen Muñoz, who lead the march Sunday, along with the Costa Rica’s Ombudswoman, Ofelia Taitelbaum.

“With so much negativism, the movement got tired and decided to push ahead with the concept marriage”, said Muñoz.

The word marriage could be seen on flags, printed on shirts, written in smeared sun tan lotion. Slogans for the  Nuevo Partido Socialista (New Socialist Party), a party that expects to remove the Heredia legislator in the 2014 elections, were among the demonstrations.

Floats, costumes and even dancers from gay clubs all took part in a day filled with sunshine. The rains in San José on Sunday did not start until well after the sun had set on the city.

From Paseo Colon, gathered in Parque Central on Avenida 2, as the sound coming out of the U.S. Embassy sound system competed with the Metropolitan Cathedral’s bells calling for mass.