LGBT Group Made Their Voice Heard in San José 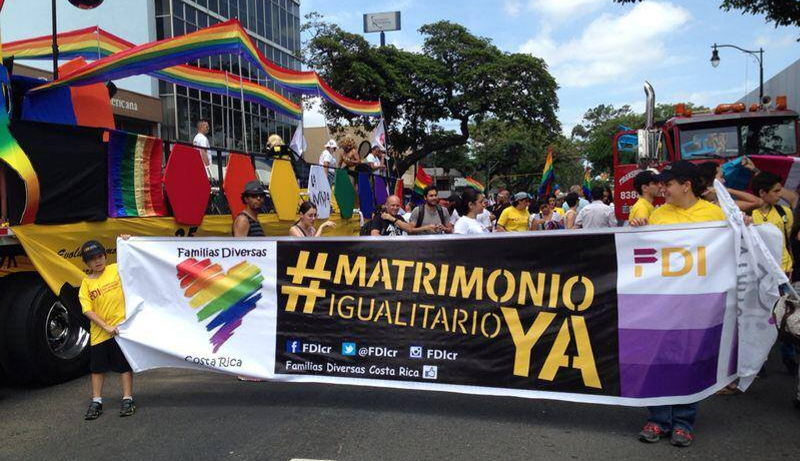 The event included electronic music, with renditions of Madonna, Lady Gana and Rihanna.

The majority in attendance were young. Entire families, with children, seniors and even pets took part in the march across the main west-east route in San José.

The LGBT community also received support from a number of major sponsors, like Intel, Reuters, HP (Hewlett Packard) and Procter & Gamble, all companies with a presence in Costa Rica.

The aim of the march was to seek approval of laws in favour of equal marriage between persons of the same sex, gender identity for transgenders and to combat discrimination against the LGBT groups, according to Marco Castillo, leader of the Diversity Movement in Costa Rica.

Raising the flag of diversity at Casa Presidencial shows a sign of support for the community by the government of Luis Guillermo Solís, according to the activist.

The march was moved up 2 hours, starting at 10am instead of noon and moved to the second page a few hours later with the win of Costa Rica’s national football team.

QCOSTARICA - In times of pandemic, things change constantly, especially when it is necessary to tighten the belt to reduce the contagion of covid-19. The...
Latin America