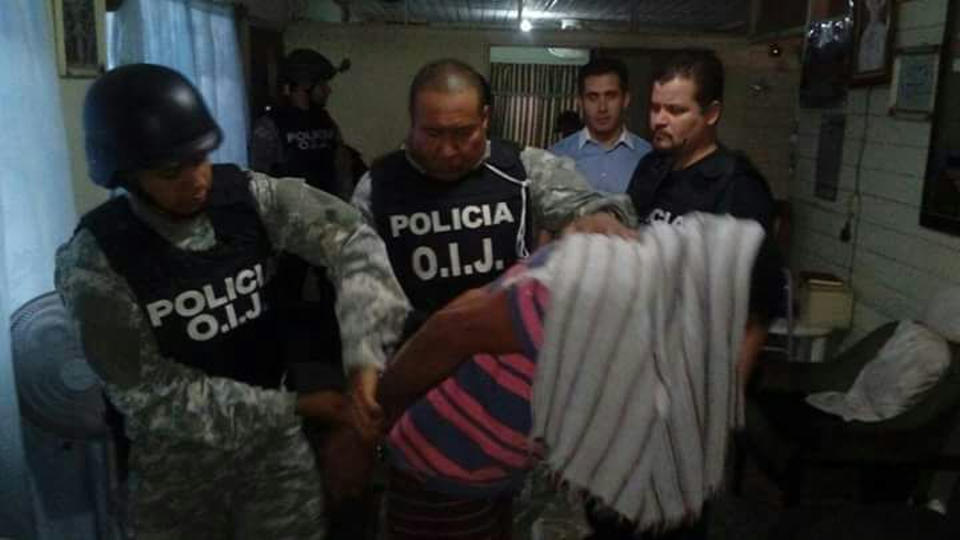 Q COSTA RICA – “El Psicópata de Liberia” (Liberia Psychopath), what people are calling the the alleged killer of five university students in Liberia last month, will be spending the next year in the maximum security at La Reforma prison, in San Rafael de Alajuela.

Gerardo Alonso Rios Mairena, 33, was arrested Friday morning in his home, by agents of the Organismo de Investigacion Judicial (OIJ).

On Saturday, the Juzgado Penal de Liberia (Liberia criminal court) ordered Mairena to one year’s preventive detention and was first sent to the Calle Real jail in Liberia, but was quickly removed from there to avoid possible reprisals from other inmates, given that one of the victims (Ingrid Massiel Mendez) was friends with inmates at the jail, where she worked at times as a psychologist.

Rios Mairena is a relative of the landlord the victims rented from, living literally less than 2 metres from the door to the apartment the students shared. Authorities say may have used a key to let himself in, to fulfill could be a sexual fantasy he had with one or more of the female victims.

During the raid, police found incriminating evidence, including fingerprints and blood tying Rios Mairena to the murders.

A 14 year-old, visiting one of the victims, survived the attack and was able to give police a description. She has since been released from hospital.

Rios Mairena is not new to the penal system, he was on parole at the time of the attack, after serving about half of his eight year sentence for drug trafficking.

According to reports by the Ministry of Security, the alleged killer is under constant monitoring to prevent him from taking his own life. He is described as a quiet, lonely man.

(QCOSTARICA) You have to hand it to the enterprising nature of...
Read more