Historically, Costa Rica has been a key transit port for international traffickers due to its strategic geographic location, but today more drugs are staying in the country 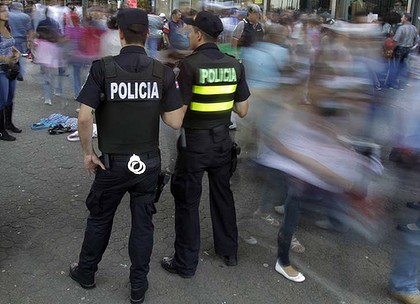 (InsightCrime) An increase in domestic drug sales and consumption in Costa Rica appears to be fueling rising homicides, but authorities have tended to blame foreign crime groups rather than focusing on internal factors behind increasing violence.

Attorney General Jorge Chavarría recently blamed spikes in homicide rates in the last few years on the “Mexicanization” of Costa Rican criminal groups, claiming that local drug trafficking bands are emulating the turf wars of Mexican cartels and driving up the murder rate.

“Local organizations are expanding under supply pressure to spread the market, which leads to a monopoly tendency in the application of violence — the Mexican recipe — where each local organization has its armed branch and tries to eliminate competition,” Chavarría said.

The attorney general has previously warned that Mexican crime groups are recruiting and training local gangs in Costa Rica.

According to Chavarría, clashes between rivals fighting for control of international trafficking routes is the reason last year saw an all-time high of 11.8 murders per 100,000 inhabitants. However, a high proportion of murders are suspected to be linked to territorial battles between local drug groups; in 2015, the fraction was an estimated 70 percent of the 570 total murders recorded that year.

According to Walter Espinoza, the Director of the Organismo de Investigacion Judicial (OIJ), the Costa Rican government should continue to focus on a transnational approach to combating crime, working with police chiefs of Central America and other international actors. While this is an important element of the fight against organized crime, any strategy seeking to reduce violence in Costa Rica should also concentrate on the criminal dynamics of the local drug trade.

Historically, Costa Rica has been a key transit port for international traffickers due to its strategic geographic location, but today more drugs are staying in the country, with more Costa Ricans consuming cocaine and marijuana than ever before.

It is likely that this expanding local market — driven in part by booming cocaine production in Colombia and other factors — has incentivized intense competition for market control among Costa Rican crime groups.

Addressing this dynamic will be key to slowing and eventually reversing the alarming rise in violence seen in the country in recent years.

Q24N (EFE) The Government of Guatemala announced a "national...
Politics