Looting and Protests on Streets of Venezuela Over Cash Chaos 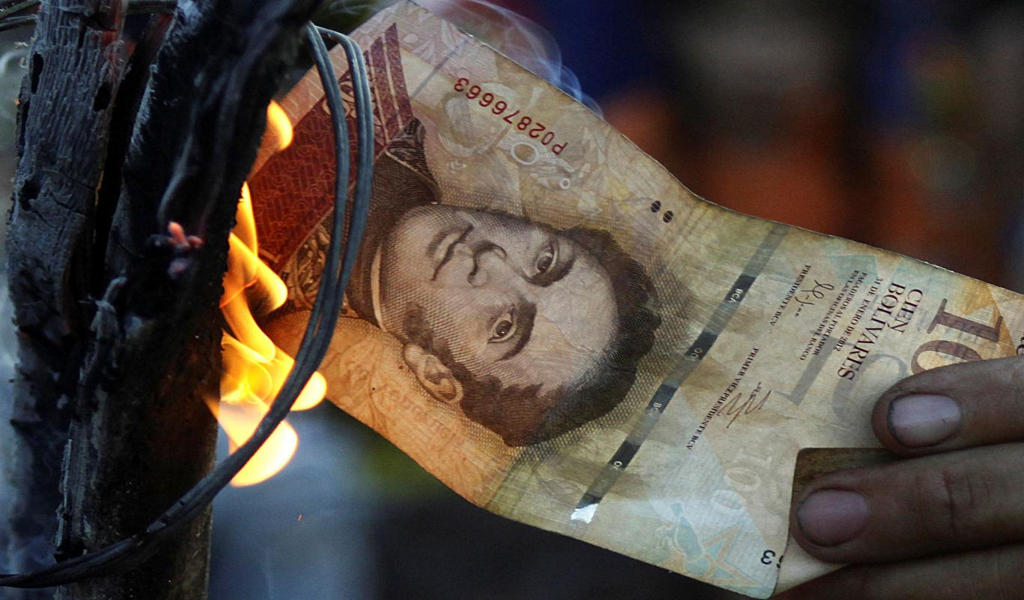 TODAY VENEZUELA NEWS – Venezuela has become a country mostly without cash, sparking protests and looting around the country as people fumed at having their already limited purchasing power cut off almost entirely.

As the nation’s most widely used banknote went out of circulation, the higher-denomination bills that were supposed to replace the 100-bolivar note had not yet arrived at banks or cash machines. That forced people to rely on credit cards and bank transfers or to try to make purchases with bundles of hard-to-find smaller bills often worth less than a penny each.

Indignation at having to deal with an economy even more paralysed than usual sparked social unrest on Friday. Police put down looting near a bank building in the large western city of Maracaibo with several arrests. Young men marched down the street after growing tired of waiting outside the bank to turn in their money. They shouted and waved their useless 100-bolivar bills in the air, then turned and ran as police in full riot gear began firing tear gas canisters.

Mobs looted several businesses in the remote eastern state of Bolivar. In total, authorities said there were protests and looting in six cities, leading to 32 people being detained and one injured.

In Caracas, some people passed the day banging on pots and cursing the government’s apparent lack of planning. There was no cash to be seen changing hands on the street or inside shops, and no sign that the new bills were on there way.

President Nicolas Maduro made a surprise announcement Sunday that the 100-bolivar note would go out of circulation by the week’s end amid the world’s highest inflation. He also temporarily closed the border with Colombia and Brazil, and then on Thursday night extended the border closure for another 72 hours.

Mr Maduro said the closure was needed to thwart “mafias” who hoard bolivars. Critics mocked the notion that gangsters would choose to keep their wealth in the world’s fastest-devaluing currency. The 100-bolivar bill — until now the country’s largest denomination — is worth little more than 2 cents (0.015p), down from 10 cents at the start of the year.

The embattled president held up a new 500 bolivar bill on his television show on Thursday, promising the new banknotes would soon be in wide circulation and offering to temporarily cut sales tax for credit card transactions. But on Friday, ATMs were still issuing only the now-worthless 100-bolivar notes.

Mr Maduro also said the government has begun to circulate new 100- 50- and 10-bolivar coins, but few seem to have reached the public.

Venezuelans waited in lines hundreds of people long all week to deposit their cash. On Thursday, shopkeepers put up signs saying 100-bolivar bills would no longer be accepted. That meant many people looking to buy food or take taxis were out of luck, as banks had run out of lower-denomination bills like 50 and 20-bolivar notes during the week, and had not yet received the higher-denomination replacements.

Amid the currency chaos, the US cautioned citizens against visiting the economically spiralling South American country.

“Political rallies and demonstrations occur with little notice, and are expected to occur with greater frequency in the coming months,” the State Department said in a travel warning. “If security climate worsens, US citizens should note they’re responsible for arranging their own travel out of Venezuela.”

But there was little sign of political activity of any kind Friday, as people scrambled to figure out how to exchange bolivars for goods and services in an economy essentially operating without paper money.

QCOSTARICA - Despite the importance for the country the work done...
Read more