Love Is Key To His Long Life 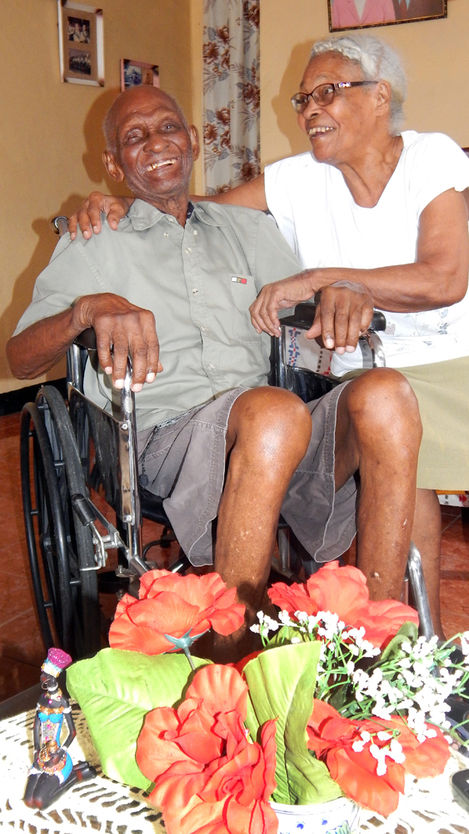 QCOSTARICA – On October 10, Cecil Augustus Griffiths Ingram will be 105. From his home in La Trinidad, Limon he spoke to La Nacion of his longevity and without hesitation shared his recipe for a good and long life.

Love is what has given him a long life.

“The family I had all cared and loved me very much,” he said.

Don Cecil has an impressive lucidity and until recently tended to his garden, made bread and cookies and in the mornings out for a swim. He is still autonomous in almost everything, he just needs help to get around in his wheelchair inside the house.

“My legs no longer put up with me,” he explains.

“Cecil is a master at dominoes. He challenges anyone,” says a devoted helper at the elderly day care centre in Limon.

Cecil lives in a comfortable house with his wife of 51 years, Iris Shand.

“I visited her at her home, and knew immediately she was the woman of my life,” Don Cecil says of his much younger wife. Both were widowed when they met.

Iris, 86 years of age, said she was looking for a “good” man for her and her children. “I not only found that, but also very handsome,” says Doña Iris.

What may be the key to Cecil’s longevity is that he never smoked. ” He drank a little once in a while. In his diet, never pork, nor lobster, turtle or beans and just a little rice,” says Doña Iris.

Doña Iris added Don Cecil’s true weakness was dancing and his passion is for cricket.

Today Don Cecil spends most of his time at home,  loves major league baseball on television. He is a big fan of the Chicago Cubs .

“May God be with you everywhere you go,” is Don Cecil’s advice for a long life.

Read the original story in Spanish at Nacion.com

QCOSTARICA - Costa Rica's oldest, among some of the oldest in...
Read more