After a four year stay at a wildlife refuge since being rescued as tiny fragile babies Jordanny, Sophie and Lola have now returned to their home in the forest!

“There is nothing better than seeing these animals high up in the trees, safe and happy, back where they belong,” posted the Refuge For Wildlife on their Facebook page on Valentine’s Day.

The three monkeys would not have survived all alone in the wild and needed 24-hour care from our expert vets and carers.

According to the Refuge for Wildlife, Jordanny was the first to be rescued after he was found on the side of the road all alone in 2015. Almost a year later, Lola and Sophie were taken in from another rescue that wasn’t able to care for primates.

The trio quickly bonded and became a family, supporting each other throughout the rehabilitation process. Thanks to the exceptional care provided by the Refuge, the tiny monkeys grew to be strong and developed all the essential skills they would need to survive in the wild.

In mid-December last, they were transferred to the pre-release enclosure, located in a heavily forested and remote area on land belonging to the ecological and spiritual community of PachaMama.

Having already had very limited human contact during the pre-release stage of their rehabilitation process, once in the release enclosure the monkeys were provided with food twice a day, but had no other human interaction or noises.

Refuge Veterinarian Francisco Sánchez Murillo visited each morning to monitor the monkeys and make sure they were fit and healthy, were showing appropriate foraging skills, were eating the foods they would find in the wild, were also displaying appropriate behavior towards each other and had adapted well to every aspect of their new environment.

After several weeks adjusting to their new surroundings, the three were finally deemed ready for release. The top of the enclosure was opened and, within minutes they all climbed out confidently high up into the trees.

“Watching these amazing monkeys grow from tiny, fragile infants into confident, healthy young adults is the best reward we could ask for. Because of the types of injuries endured by many of the animals we rescue, not all orphaned howlers survive to adulthood so a release like this is especially emotional for us,” said Laura Wilkinson, Refuge Media Manager & Wildlife Protection Team.

“We are very excited to finally release these howler monkeys back to the forest after years of intensive care provided by all the staff of the refuge at the different stages. Together as a team our veterinary crew, animal keepers, admin personnel and volunteers have successfully completed the final stage of the rehabilitation of these individuals and we cannot be more excited for them. We have completed our goal after a tremendous effort from everyone. To be able to see these monkeys free is the best reward we can have,” said refuge veterinarian Dr. Francisco Sánchez Murillo.

It is hoped that these young howler monkeys will thrive in their new home. While they face a number of threats, their advocates have been especially focused on reducing the risk of them being electrocuted on uninsulated power cables and transformers, which these monkeys use to travel through an increasingly developed landscape. 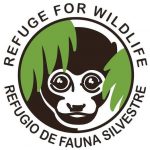 According to the Refuge for Wildlife, it receives over 100 calls about incidents every year. It’s launched a ‘Stop the Shocks’ program in an effort to change things, and has continued to engage in efforts to prevent this from being a problem.

Founded in January of 1999, the Refuge for Wildlife has been a place for injured, displaced and orphaned wildlife from Nosara and the Nicoya Peninsula region of Costa Rica for 20 years.

QCOSTARICA - The government of Carlos Alvarado declared, this...
Health