QCOSTARICA – The Lutheran Church of Costa Rica says it has no room for former minister Melvin Jiménez to occupy a senior administrative position now that he is no longer in government.

The new Board made the statement Thursday, after it was official Jimenez was leaving his post, even though the former minister has not made any request of the church.

Through a memo signed by the Iglesia Luterana de Costarricense (Ilco) president, Gilberto Quesada, it indicated the resolution of the General Assembly of the religious group, “no person who holds or has held positions in the current administration shall have an administrative position in the Lutheran Church“.

The statement adds that, for the first time in the last six years, the church is without the administrative work of Jimenez.

The statement reiterates that Jimenez unleashed an “unprecedented media avalanche due to the interest of public opinion and the media on the possible links between Don Melvin and our institution.”

Quesada confirmed that the board had not received any notification from Jimenez to return to “Lutheran work”, but if Jimenez did request a return to pastoral or other duties, it would have to be assessed by the Board. 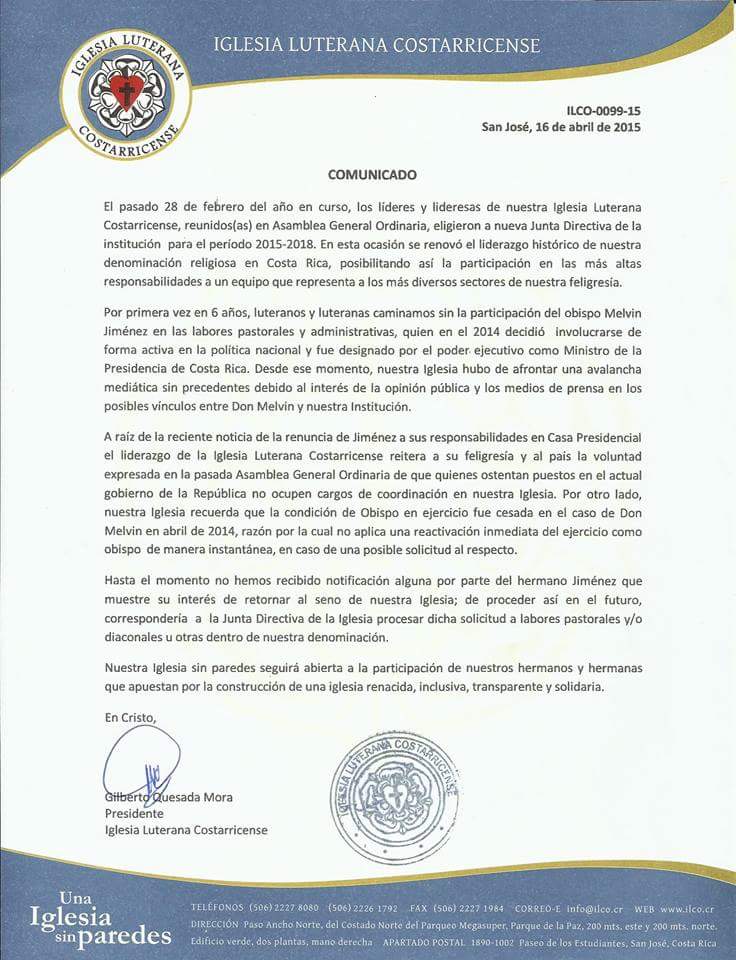 Jimenez was the first bishop of Lutheranism in Costa Rica from 27 April 2008 until his participation in the current administration (May 1, 2014).