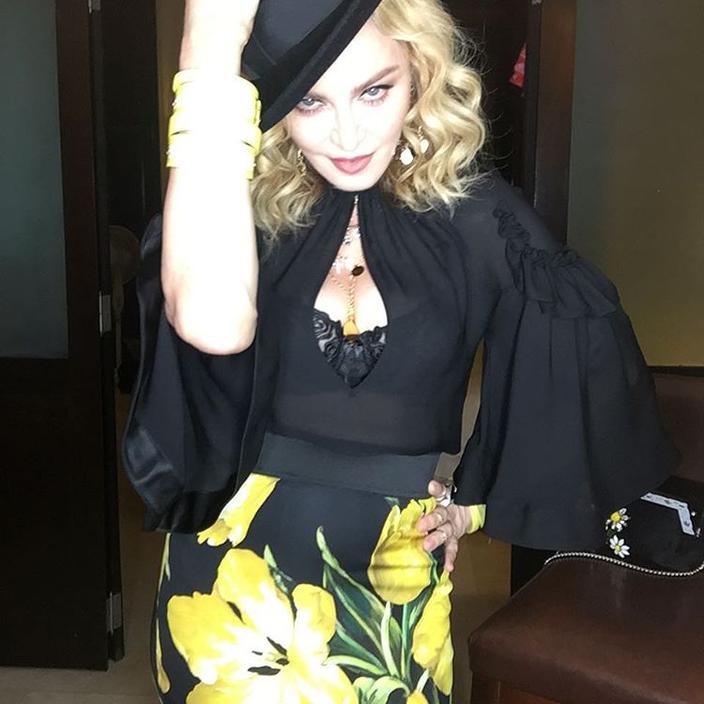 HAVANA – Madonna started her birthday celebration with a drive from José Martí International Airport into Old Havana in a caravan of classic 1950s American convertibles. She turned 58 on Tuesday.

She was staying at the hotel Saratoga, a five-story corner building with a Spanish colonial façade on Paseo de Martí. Beyoncé and Jay Z stayed there in 2013.

“Cuba Libre,” Madonna said in the caption of a photo she posted on her Instagram profile.

Madonna dances on table while celebtraing in Cuba. Watch the video.

Madonna was traveling with her 19-year-old daughter Lourdes “Lola” Maria Leon Ciccone, whose father, Carlos Leon, is Cuban. Her friend Debi Mazar and her 10 and 16-year-old sons with English filmmaker Guy Ritchie, David and Rocco, were also with her.

Dancer Loic Mabanza posted photos on social media before boarding a World Atlantic Airlines flight and later at La Vitrola, a 1950s themed restaurant, where she had a “tres leches” birthday cake, danced on the table and was part of a “Conga” line.

Costume designer Bea Akerlund and photographer Steven Klein were also among her guests.

She joins the list of celebrities — including the Kardashian sisters, Leonardo DiCaprio and Rihanna — partying in Cuba after Presidents Barack Obama and Raul Castro moved to normalize relations.

- Advertisement -
Paying the bills
Previous articleHas A Dictatorship Started in Nicaragua?
Next articleHard Times in Venezuela Breed Malaria as Desperate Flock to Mines