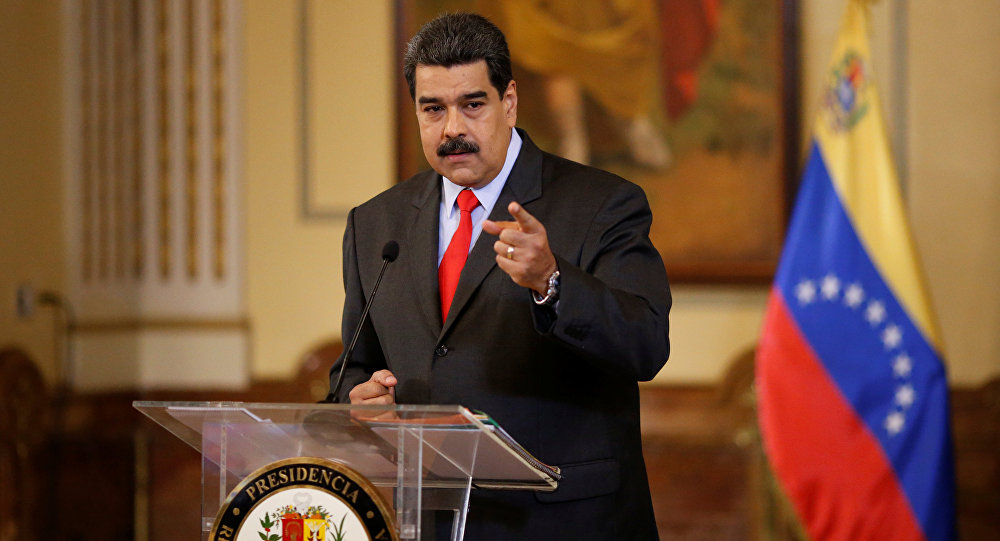 Venezuelan President Nicolas Maduro has announced an expansion of pension fund and a delivery of additional food shopping cards to the population, the TeleSur reported.

Maduro announced 200,000 additional pensions and the delivery of 3 million cards, the TeleSur broadcaster reported on Wednesday.

The Venezuelan president said at a meeting with governors and mayors that the cards would allow the country’s citizens to continue receiving aid despite US and European economic sanctions.

The EU foreign ministers approved sanctions and arms embargo against Venezuela in November 2017, while Washington imposed economic sanctions in August 2017. External pressure exacerbates the grave economic crisis in the country.

The United States and the European Union repeatedly voiced their objections to Maduro’s plan to convene a new constituent assembly, an elected body that has the power to propose changes to the Constitution.

The election was held on July 31, preceded by protests of the opposition that saw the assembly as the government’s wish to consolidate its power.

This article was originally published on Today Venezuela. Read the original article.

- Advertisement -
Paying the bills
Previous articleUS Embassy in Cuba Will Operate With Minimum Personnel Beginning March 5
Next article100 Days Until The World Cup: Will Costa Rica Build On 2014?