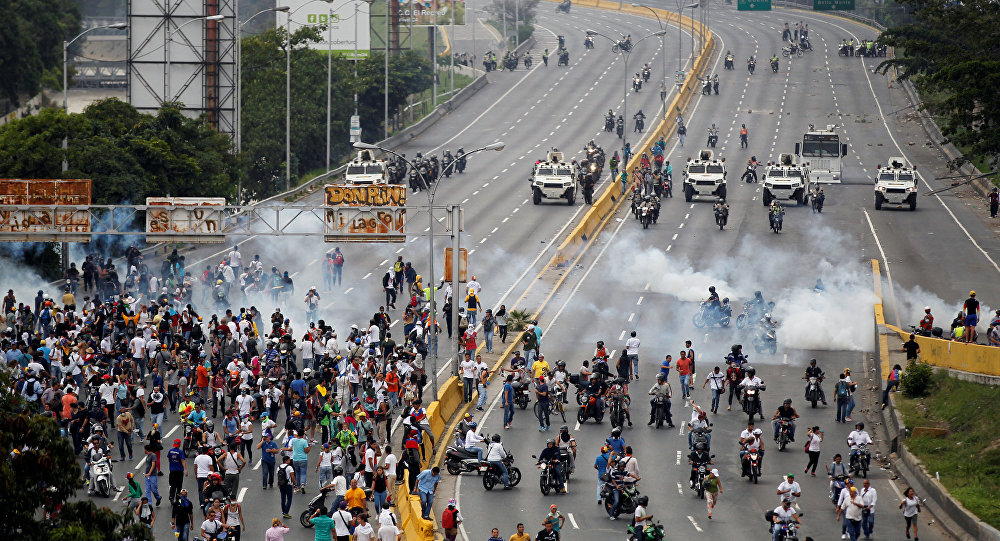 TODAY VENEZUELA – Venezuelan President Nicolas Maduro suggested Thursday opposition could be behind the rising death toll from protests that have engulfed the nation since early April.

“Yesterday [Wednesday], a young worker died in Merida. He is of no interest to right-wing media, he died by a bullet fired by a sniper that the Democratic Unity Roundtable [opposition coalition] placed around the country to kill people,” Maduro said, as quoted by the Globovision television network.

Anderson Dugarte died after suffering a gunshot wound at a rally in the state of Merida on Monday. Another protester, identified as Miguel Castillo, was lethally shot on Wednesday in a Caracas district, bringing total deaths to 39. Maduro said the lead bullet could only be fired from a homemade gun.

The oil-rich South American nation has suffered from an economic meltdown triggered by a slump in oil prices that caused shortages in basic consumer goods. The opposition blames President Maduro for the crisis and has been calling for an early election.

QCOSTARICA - Changes in consumption habits in terms of times, types of preparation and specialties challenge the coffee sector. Most of the consumers in Costa...
Expat Focus

EXPAT FOCUS (MND) Of course it was no surprise that readers of Mexico News Daily voted Mexico as the No. 1 expat destination in...
Banking

QCOSTARICA - President Carlos Alvarado said he has all the confidence in his Minister of Public Works and Transport (MOPT, Rodolfo Méndez Mata, and...
Pura Vida