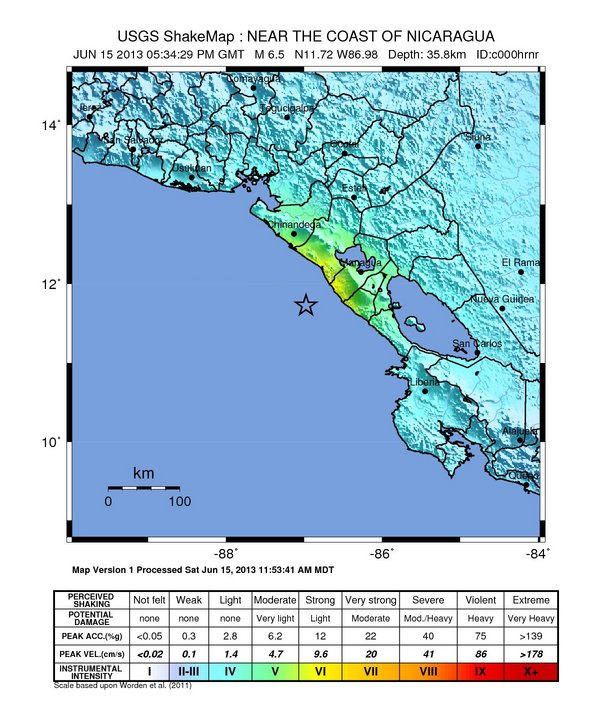 A magnitude 6.5 earthquake hit on Saturday off the Pacific coast of the central American nation of Nicaragua, the U.S. geological survey said.

The Pacific Tsunami Warning Centre, based in Hawaii, issued a tsunami warning for Nicaragua after the earthquake.

Nicaragua’s first lady and Cabinet Communication coordinator, Rosario Murillo, confirmed the warning, but that it is “an informational alert.”