‘Mano Dura’ in Honduras: An Enduring Barrier to Reform

Central AmericaHonduras
By Rico
31 May 2014 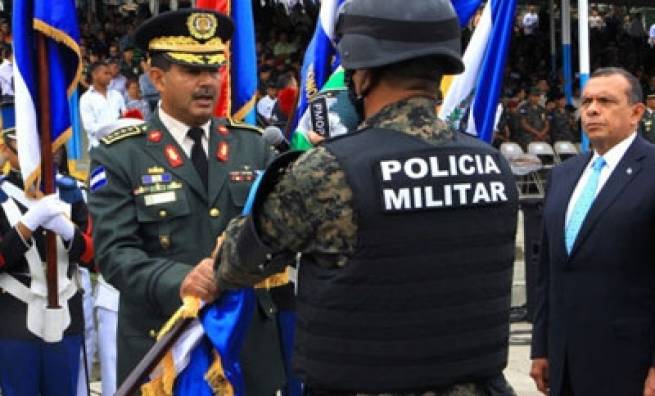 Four months after being sworn in as president of Honduras, Juan Orlando Hernandez has carried out some security-oriented initiatives to battle his country’s rising murder rate. Apart from creating the Military Police of Public Order (PMOP), Hernandez’s security forces succeeded in capturing a drug kingpin in March, and also have successfully managed to pressure cell phone companies into creating a perimeter around prisons that cuts off satellite reception. Since the implementation of these policies, about one thousand new soldiers have been integrated into the PMOP, the captured drug lord, Carlos Arnoldo Lobo, has been extradited to the US, and extortions have gone down 75 percent. 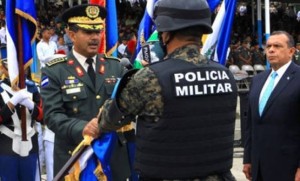 Nonetheless, there are still monumental problems that President Hernandez has yet to tackle. The first is that of massive underfunding of Honduras’ penitentiary system. The Honduran daily, El Heraldo, reported on April 17 that since January, penitentiary centers had received no funding to feed their prisoners. After weeks of being fed by humanitarian organizations, the government finally transferred the necessary maintenance funds to detention centers. However, this money lasted for a mere 20 days in spite of the fact that, according to El Heraldo, it costs the government 12 lempiras per day, equivalent to about 65 cents, to provide for a prisoner’s basic needs.

Andres Molina, a worker at the Center for Prevention, Treatment, and Rehabilitation of Tortured Victims (CPTRT) in Honduras, claims that 750 million lempiras are needed annually to successfully run state prisons. Such funds would ideally be used to pay guards a respectable salary, feed and clothe prisoners, and account for the facilities’ maintenance. However, only 450 million lempiras are allocated for these purposes at the present time.

Even more troubling is the fact that prisons are not always run by guards. The 2013 Inter-American Commission on Human Rights report on the situation of prisoners in Honduras reveals that prison authorities have limited power over inmates. It is prisoners, often leaders or ranking members of notorious gangs like the Mara Salvatrucha (MS13) or Barrio 18, rather than state or federal prison guards, who attempt to maintain discipline in the prisons.

The 2013 report also raises another grave issue for Honduras’ prisons, arguing that the government has failed in its attempt to regulate its penitentiary system with reference to the minimum standard of prisoners’ basic wellbeing. The two major fires that have occurred in the span of the past ten years — one in 2004 in San Pedro Sula and a second one in 2012 in Comayagua — resulting in the death of 500 people altogether, present a system with huge structural deficiencies and in which human rights are routinely violated.

Another issue worth addressing is the state’s violence toward its citizens. The high level of impunity in Honduras highlights the inefficiency of the judicial system. With one of the most corrupt police units in Latin America — police caused 149 innocent civilian deaths between 2010 and 2012 — the force has proved to be “unreformable.” Police are known to accept bribes, pass important information to organized crime organizations, and even participate in violent criminal operations. According to the 2012 Latin American Public Opinion Project, Honduras has the lowest confidence rating for police in the region. The reform process set forth in 2011 involving polygraph and drug tests has not yielded substantial progress. Only 7 of 33 police officers who failed these tests were dismissed.

Beyond budgetary shortcomings, a lack of control over inmates, human rights abuses, and a deficiency of policy ensuring inmate, staff, and facility safety, prisons lack effective method or strategy for rehabilitation purposes. “The state does not guarantee that prisoners will leave their cells ready to be reintegrated as worthy members of society,” Molina says hopelessly. “They do not take responsibility for these citizens.”

Violence and instability have plagued prisons since the 1980s, when the country adopted a new constitution. Violence increased, however, with the “mano dura,” or zero tolerance, policy employed by President Ricardo Maduro (2002-2006). The policy, which proved to be very popular in Latin America due to the high crime rate, stems from the broken window theory, which argues that the most serious crimes happen because of minor violations. In other words, the policy rounds up people, particularly youth, for small offenses and incarcerates them to prevent them from committing large-scale crimes in the future. In the meantime, the policy largely ignores white-collar crime. Mainly used to target hopeful voters, these policies have proved to be deceitful given that they have not resolved insecurity issues. The problems Maduro faced and attempted to overcome — violence, drug trafficking, and continued impunity within prison grounds — have yet to be handled properly.

In spite of the overwhelming issues of the Honduran penitentiary system, there have been some small signs of progress. The Porfirio Lobo administration (2010-2014) set forward an initiative in 2013 that gave inmates some grounds for hope. The project involved prisoners building desks and writing boards for public schools. Lobo explained that this would give prisoners some work to occupy themselves while giving children a sliver of hope for a better future in a slightly improved classroom setting. Notwithstanding, there was still a shortage of 400 desks at the beginning of this school year. It is hoped that Hernandez’s relentless tough-on-crime approach will not preclude the continuation of even these small gains.

Additionally, initiatives like the one taken to block cell phone signals in prisons will potentially help reestablish control in Honduran prison facilities. It is a known fact that inmates smuggle phones into prisons and use them to communicate with outside members of organized crime to plan kidnappings, drug deals, and even murders.

Other Honduran entities have also taken the initiative to reform the country’s corrections system. The National Autonomous University of Honduras has recently employed 100 people in a five-month program to help defend prisoners from human rights violations. The university cites its focus areas as health, education, nutrition, and human rights advocacy.

Internationally, there has been a considerable amount of support to help redefine and reconstruct some of the worse prisons in Honduras. Israel has come forth with an offer to build maximum-security jails in light of the prison fire that took place in February of 2012 in the Comayagua jail. Furthermore, Europe is also coming to the aid of the Central American nation as the European Union announced this past May 14 that it will invest $1.37 million in penal reparations to combat organized crime and promote reforms in the Central American Integration System countries, of which Honduras is a member. The program is supposed to generate a regional proposal to unify the countries’ penal legislation. It is framed by the Central American Security Strategy, which coordinates more than 20 initiatives that aim to combat criminality in the region. More than 3,300 policemen, judges, and attorneys have been appointed to this task.

The Hernandez administration has a lot on its hands. No matter how much help the international community is willing to provide to help strengthen the country’s penitentiary system, the maintenance, let alone the reform, of these prisons is a huge task for which the Honduran government, with its poor track record, must take responsibility. Once prisons are built, necessary actions must be taken to maintain their operations, let alone proceed to reform them. Qualified, well-paid guards would reduce the temptation for corruption. More generally, Hernandez must allocate funds to the appropriate organizations, instead of congressmen’s wallets, which is hardly an easy task.

Most importantly, the president should review his “mano dura” approach. This oppressive punishment system has greatly contributed to the overcrowding of prisons. There are now 12,263 people incarcerated in Honduras’ 24 prisons even though the establishments were built to house 8,120 inmates. Ironically, this helps gangs consolidate and proliferate throughout the prison system. Hence, the zero tolerance policies generate an interesting paradox by creating fertile ground for gangs to better institutionalize themselves and better poise themselves to challenge Honduran authorities.

The firm hand mentality fails to set a positive precedent for the future of Honduras. A common Spanish proverb is “violencia engendra violencia,” or violence breeds violence. If politicians are not addressing the penal system’s deficiencies, then prisoners will use unfair treatment to justify their actions. As the 2013 Human Rights report advised, the government must make prison reform a priority in its political agenda and focus on the rehabilitation of inmates and their subsequent reintroduction into society. The continuity of the few successful current policies, the creation of an appropriate legal framework and a responsible budget, and institutional integration are all crucial elements for improving the penal system. So long as “mano dura” approaches to addressing crime are in place, these necessary reforms are unlikely to come into fruition.

*Ada Cruz-Torres is a Research Associate at the Council on Hemispheric Affairs.

This article originally appeared on the Council on Hemispheric Affairs website and is reprinted with permission. See original article, including citations, here.