Too Many Biologists, Journalists and Physical Therapists in Costa Rica; Report

Biology, journalism and physical therapy are the three least-promising fields of study in Costa Rica. According to a report by daily tabloid La Teja, hundreds of biologists, reporters and physical therapists have given up looking for work in their chosen professional fields and have instead turned to low paying positions in telemarketing, clerical service and general labor. 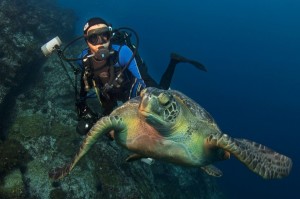 La Teja cited statistics recently compiled by the State of the Nation program at National Institute of Census and Statistics (Spanish acronym: INEC). The three most underemployed careers are:

La Teja also interviewed Yariela Novo, a young journalist who once worked at online daily CRHoy.com. Miss Novo has not worked a regular job in the last seven months. Miss Novo explains that both the employment and freelance landscape in Costa Rica present serious challenges:

“I have been doing low-pay freelance work for seven months because the job market has gotten highly competitive. The options I have are becoming very limited because I am not fluent in English.”

For the record, Miss Novo’s work has been previously adapted by The Costa Rica Star on two occasions:

In Costa Rica, unemployed professionals are trying to gain additional skills or even second university degrees in order to improve their job outlook. For Miss Novo, picking up English might not be enough:

In general, the workforce in Costa Rica is well-educated and skilled. Employers know this and are willing to exploit it by driving up competition and keeping wages stagnant […]

Tico professionals are willing to invest in getting an additional university degree just so that they can have a job in the future, especially at a time when bilingual call center workers no longer cut it: Trilingual is the way to go -but don’t expect to be paid more for your polyglot ways; just be thankful you are employable.

Not all professional career fields in Costa Rica are saturated. According to the INEC, high job demand is currently seen in the following fields:

TODAY NICARAGUA – The Nicaraguan government assures that the imprisoned political opponents detained on charges of “inciting foreign intervention” are “usurpers” financed by the...
HQ