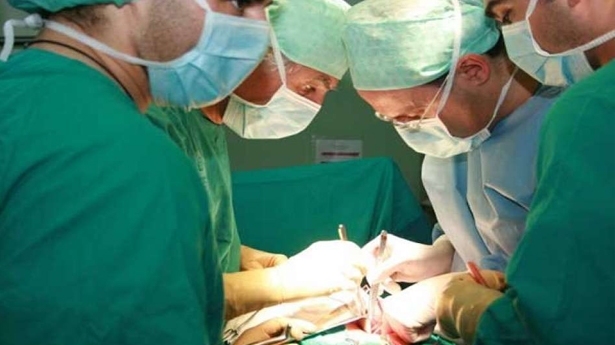 As much as we would like to say, “Come on down and get new breasts and while here, a dental implant or two, then have a nice vacation in Costa Rica for half the price of the U.S. or Europe,” ethically, we can’t or should not.

It finally took a running front page story of the former model Cristina Garcia who is living with infection, 24 hour pain and inability to even walk resulting from a butt augmentation to convince the public, there is no real legal and no academic standard in Costa Rica to become a surgeon or dental specialist.  The medical degree obtained by physicians, all physicians, clearly states “Medicine and Surgery”.

In truth, one can graduate as a general medical physician and absent of any training whatsoever except observation, become a surgeon. Or a dentist might very well only know general dentistry, like floss ever day, and then make whatever specialty claims best represents his/her economic wants.

With the recent promotion of Costa Rica as the newest Mecca of medical tourism, suddenly and legally, some general practitioners have become cosmetic surgeons and the local dentists who have a humongous amount of competition will give every tourist, as well as local, that John Travolta smile he/she has always wanted.

The problem is, as in the case of Ms. Garcia, she has spent reportedly upwards of US$100,000 more in medical expenses to correct what went wrong. She went to Mexico and was forced to pay her own tab in that country after work by a doctor in Paradise. As a matter of interest, Ms. Garcia was a medical tourist and is not from Costa Rica.

According to the Spanish language newspaper, La Nación in 2012 there were 318 cases of malpractice (malpraxis in Spanish) complaints against Costa Rican physicians.

There are many tour organizations as well as specialists like ProMed who say that its mission is to “…assure the quality of the Health Industry in Costa Rica,” which is followed by “…actively promote Medical Tourism.” Sort of a conflict of missions?

Since general practice physicians might decide to become cosmetic surgeons who have limited or no exposure to the practice, and dentists can pretty much do whatever makes them a living, we welcome you to Costa Rica, but as a lot of blogs and reviews say, “It is a crap shoot”.

One less enthusiastic patient review says, “Costa Rica is the worst place for medical tourism. I was butchered there myself and have since spoke to many other people who were butchered over there. If you’re going to get any medical or dentistry abroad please pick another country. Stay away from Costa Rica and Mexico. To see my personal nightmare go to Youtube and click on my channel kimberly4064. It covers your lack of legal rights when butchered in this country as well. God Bless, Kimberly “

On the other hand, there are solid surgeons and excellent medical care is available in Costa Rica. But this is a “buyer be aware” country with little if any legal recourse.

I am sure Ms. Garcia would certainly agree that you need to do your homework.

And, please remember that: (a) a website might be attractive and alluring, but not reality,  and (b) only three hospitals are approved by the internationally recognized accreditation commission, Joint Commission International, JCI. While not eliminated the chance of a bad procedure, the medical tourist at least has a pretty good chance of success.

I fear that much like real estate in 2006 and teak forest investments in the past, Costa Rica, on general terms will find away to kill the golden goose with greed.

QCOSTARICA - Changes in consumption habits in terms of times, types of preparation and specialties challenge the coffee sector. Most of the consumers in Costa...
Redaqted