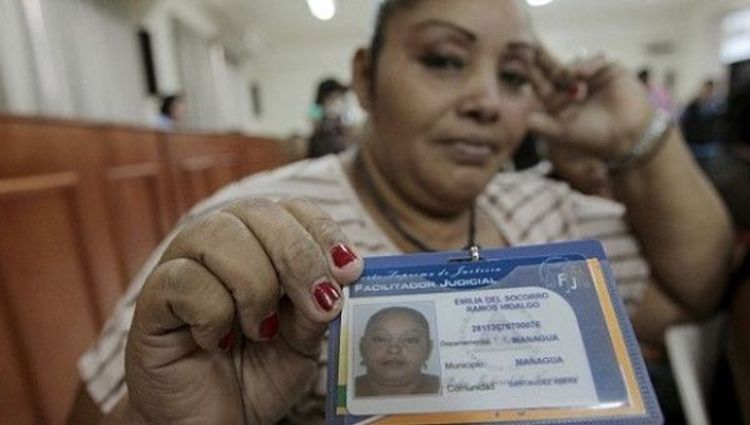 TODAY NICARAGUA – “We are capable women, we defend our rights, and we are also contributing to justice in our country,” said Sunflowers of Nicaragua member Maria Elena Davila.

Last January, French filmmaker Florence Jaugey released a documentary about the Sunflowers of Nicaragua, a woman-led sex worker collective serving as community mediators for the socialist government. Today, the documentary is receiving praise across Latin America, one of the most dangerous regions in the world for sex workers.

“We wanted to show the world that we are not the image they have of us,” Sunflowers of Nicaragua member Maria Elena Davila told El Nuevo Diario.

“We are capable women, we defend our rights, and we are also contributing to justice in our country. This documentary tells our story.”

In 2009, members of the Sunflowers of Nicaragua began organizing against discrimination and violence within their communities. They did this with the intention of gaining the trust of their communities in order to win mass support for their primary demand: the judicial integration and unionization of sex workers across the country. Their strategy worked.

n 2015, Nicaragua’s Supreme Court of Justice asked members of the collective if they wanted to work as judicial facilitators in Managua, Economy reports. Now, the sex workers are accredited and have licenses signed by the Supreme Court of Justice to mediate small conflicts in their communities, which include problems between relatives and neighbors.

The program is intended to “reduce the weight on the police and the judicial system” while integrating sex workers into Nicaragua’s judicial system, Jaugey told Economy in a recent interview.

“It’s a unique case in the world that the justice authorities have given this responsibility to these women,” Jaugey said.

But also the success of this film is not just due to Nicaragua and the state of the law here, it’s also due to the goodwill of these women.”

The Sunflowers of Nicaragua has also been accepted by the socialist government’s Confederation of Self-Employed Workers, granting them legal union status. The collective, which aims to organize Nicaragua’s estimated 14,000 sex workers, has recruited 2,300 thus far.

Last February, Nicaragua’s Ministry of Labor ruled in favor of a sex worker who was fired from a nightclub for being pregnant, setting a precedent for the country’s sex worker labor laws.