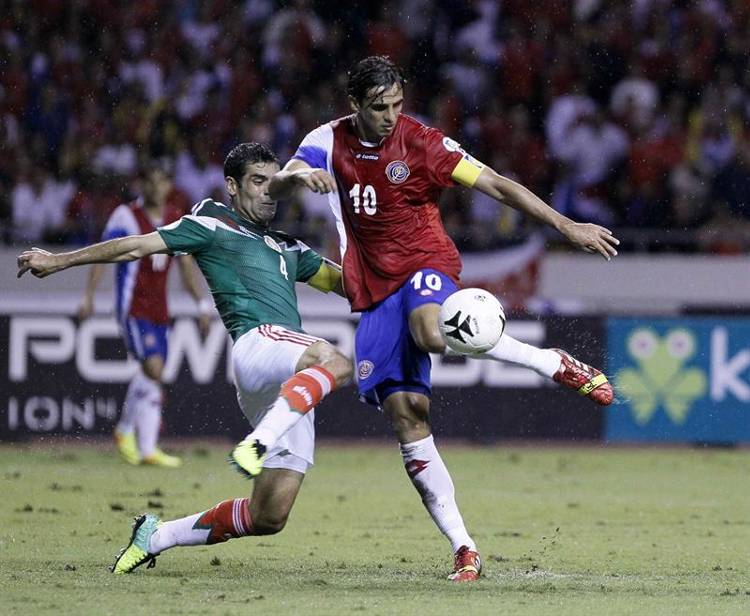 With an assist from age-old rival, the United States, Mexico will have the chance to play its way into next summer’s World Cup, after losing 2-1 to Costa Rica Tuesday night.

The Panama 2-1 loss to the U.S.  placed Mexico in  fourth spot in the CONCACAF standings. As a result Mexico will enter a home-and-away playoff with New Zealand next month for a place at the 2014 World Cup.

In San José, the rain did not stop in time for the start of the game as forecast by the national weather service, coming down for most of the game, as Mexico battled from behind for much of the night.

Goals by Costa Rica’s Brian Ruiz in the first half and Alvaro Saborio in the second gave Costa Rica the win. The Ticos already had qualified for Brazil 2014 and wound up second to the United States in the round. Oribe Peralta scored in the 29th minute for Mexico.