U.S. Secretart of State in San Jose promised to review the level of alert issued by the U.S. to the Americans who visit Costa Rica

The U.S. Secretary of State, Mike Pompeo, in San Jose, Costa Rica, on Tuesday, criticized the kind of cooperation that China offers to the countries of the region. In that sense, he described Costa Rica as an ally of the United States and promised to promote direct investments by U.S. firms.

“We work as allies with Costa Rica. This is an important contrast to the promises made by the Chinese government, which only offers debt, dependence and erodes sovereignty,” said Pompeo.

The American diplomat highlighted the presence of North American companies in the country. He cited U.S. giants IBM, Microsoft, and Pfizer. Also, he stressed that in Costa Rica there are U.S. companies that develop medical devices.

“Costa Rica has done a good job and has been rewarded with good jobs for Costa Ricans. We will continue to support American companies to make direct investments in Costa Rica and generate prosperity for the people of Costa Rica,” said the diplomat.

Pompeo gave the statements at a press conference at Casa Presidencial (Government House) along withPresident Carlos Alvarado, with whom he met for about 40 minutes.

During the meeting, both discussed issues of security and cooperation, as well as economic, among other regional issues such as the crises in Nicaragua and Venezuela.

In the same statements, Pompeo promised to review the level of alert issued by the U.S. to the Americans who visit Costa Rica, which passed from level 1, which urges people to take normal precautions, at level 2, in which they ask Tourists travel more carefully around the country.

In recent years, China has increased its global influence through loans and megaprojects. According to an investigation by The New York Times, China has at least 600 projects in 112 countries, which are financed through loans, grants, and investments.

According to the NYT, the Asian giant has diversified its way of doing business by offering millionaire credits with low interest rates and building powerful infrastructure on five continents.

Read more: Is China Poised to Take on US in Latin America?

In Costa Rica, in 2007, the Oscar Arias government did the same. The Asian giant built the National Stadium and bought Costa Rican debt for US$300 million. Currently, the China Harbor Engineering Company (CHEC) has a contract for the extension of Ruta 32. 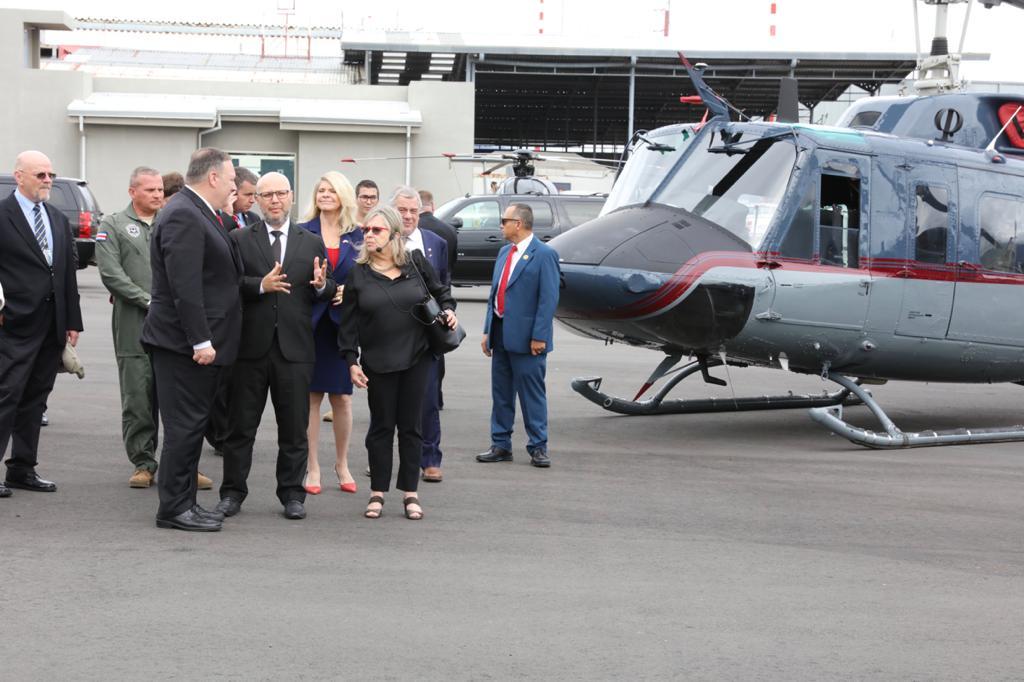 The takeaway from the Pompeo visit to Costa Rica

- Advertisement -
Paying the bills
Previous articleScience Says: What to know about the viral outbreak in China
Next articleChina tells Pompeo to stop spreading false rumors

(QCOSTARICA) The dispute between the United States and China reaches the...
Read more

U.S. Explains to Costa Rica why it raised the alert level for travelers

The Office of Consular Affairs of the U.S. State Department reaffirmed...
Read more

Let us guess that you've got a grandiose idea...
Health