Minister of Health “Doll” All A Sensation In Times of Coronavirus 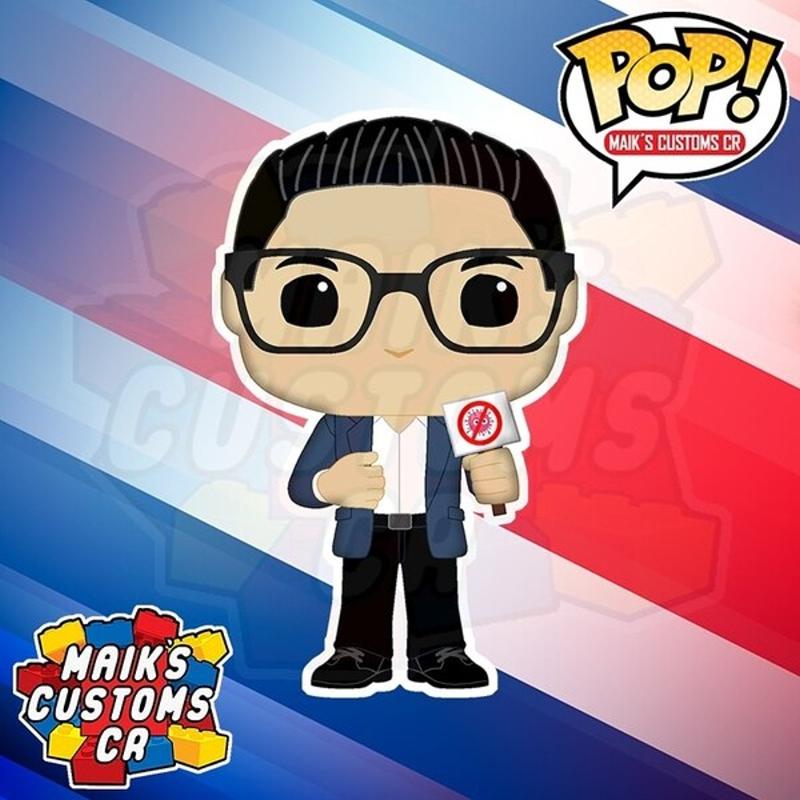 The POP figure (dolls) of Health Minister Dr. Daniel Salas became a sensation when it appeared on social media. And it is not because Salas has taken a pill of chiquitolina (reduction pill) in the best style of the Chapulín Colorado.

The 8 centimeters (3 inches) figure is the work of artist Maikol Villalta to honor the minister and recognize his fight against covid-19.

Villalta is the owner of Maik’s Customs CR, a company dedicated to making personalized POP figures.

Maikol says the idea occurred him 12 days ago. “POP figures are characterized because the size of their heads is disproportionate to the rest of the body and I have been doing this for 5 years. 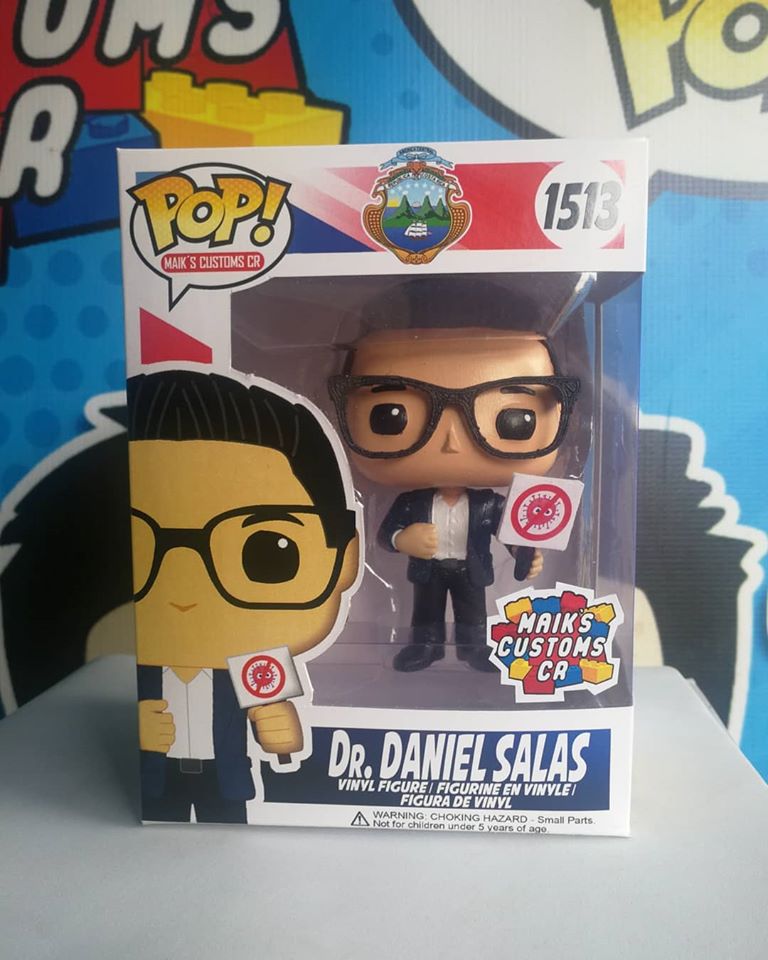 “I am not watching the news, but through social networks and acquaintances I have found out what is happening with the coronavirus and that is why I wanted to do the figure of the minister, to pay tribute to him for the work he has been doing,” said Maikol.

Villalta’s experiment is a hit. The artist shared the doll on social networks this Monday and dozens of people have already written to him to ask for information about the figures. 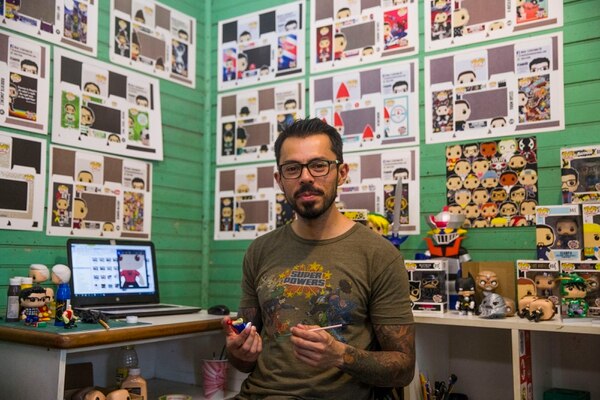 Maikol began his business in 2016, at first makings dolls as an extra, but when he lost his job he saw in this art the opportunity to move forward.

“At first, I made custom Lego figures, and then I realized that they sold the blank figures of POP figures to personalize them. I started searching the Internet how they could be done and I was learning little by little, I only work in this and I do it because I really like it, sometimes I work more than 12 hours a day,” he told La Teja. 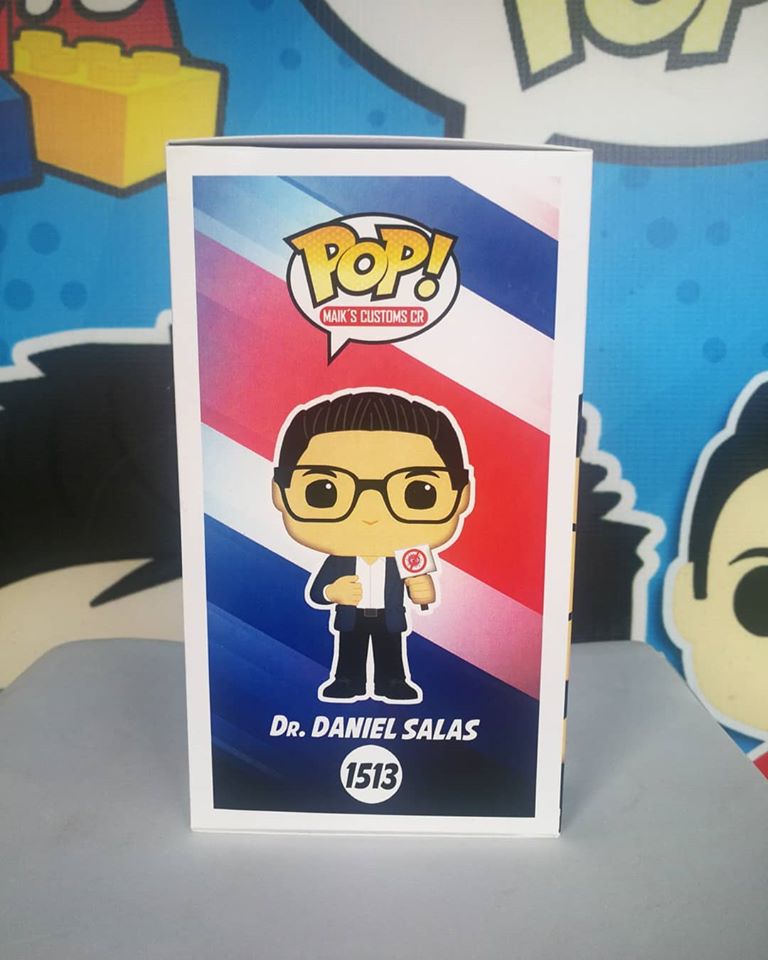 Maikol commented that to give life to the POP figure of Dr. Salas, he asked on social media groups, showing his drawing.

“People were struck, but at that time only one girl asked me for it and my main objective is to give one to the minister for the work he has been doing. It is not really for profit, but it has been well accepted. 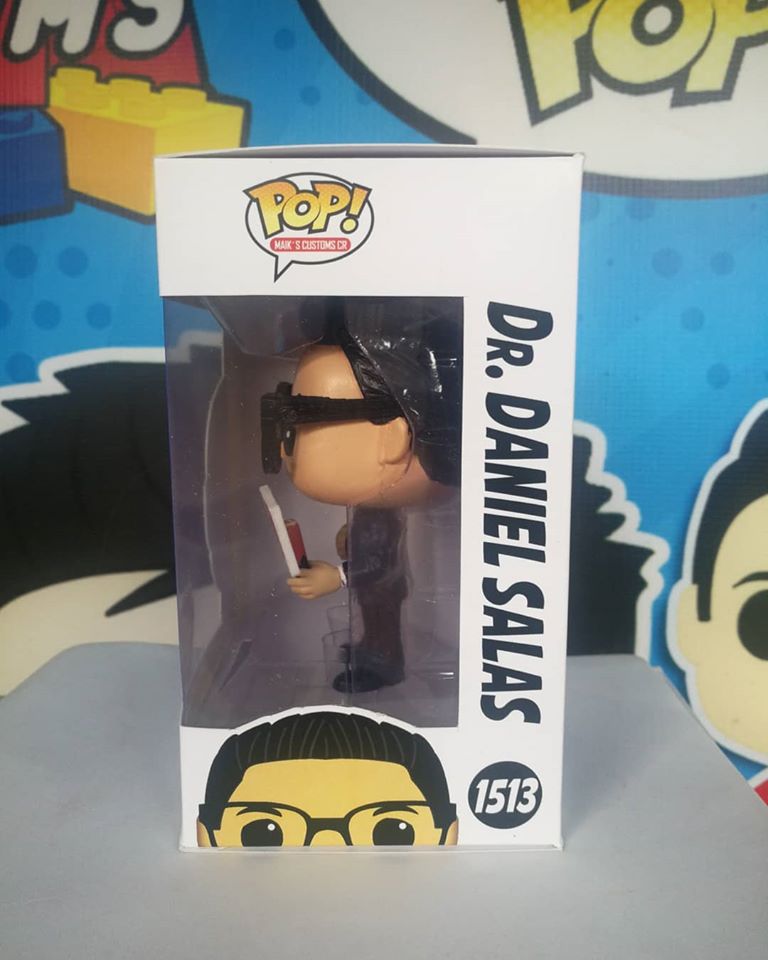 “I have seen that the work of Salas is different from that of other ministers and it has made a difference, he is a serious person and as we are given to criticize when the Government does it wrong, I thought it would be nice to give credit to those who deserve it,” he added.

The artist stressed he buys the materials to make the figures online, has a workshop for his creations and carefully studies the feathers of his subject, Dr. Salas in this case, to capture them on the doll,

“The minister does not have his eyes wide open, he has that serious look, as if he was “enjachando” (giving the evil eye) and that is like his main feature. I did not want to make the clothes very formal, the clothes are more casual and he has a banner in his hand, where he points out that it is forbidden for the virus to continue circulating,” he said.

The artist added that an official from the Ministry of Health contacted him because he wanted to give him the figure and Salas’ wife also sought him out, since she loves her husband’s doll. 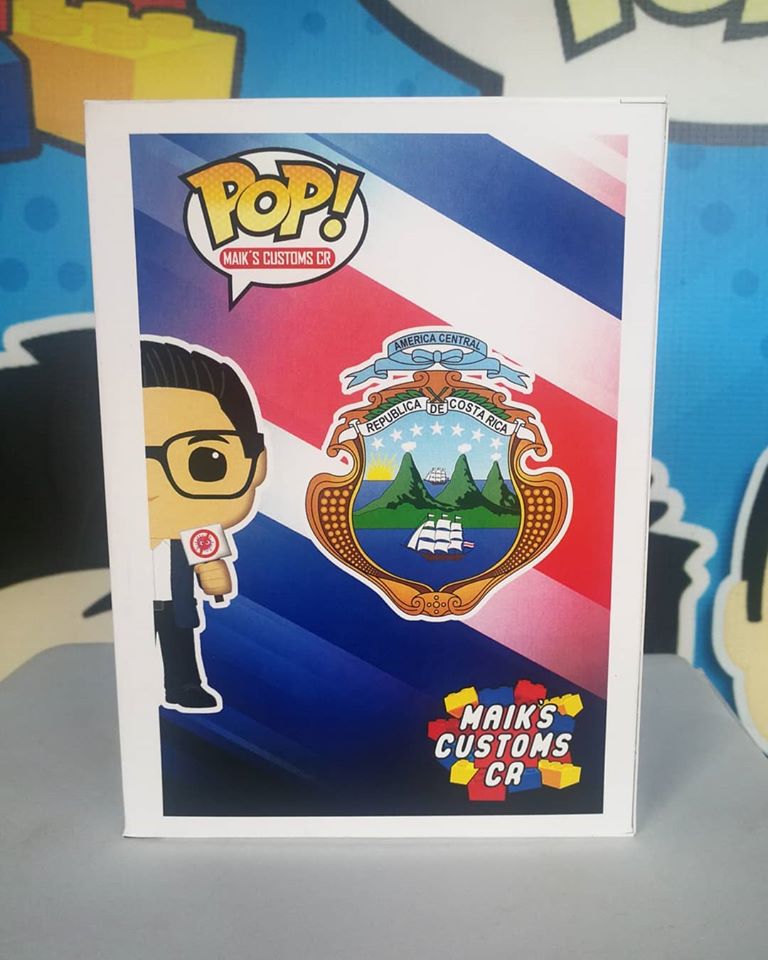 “I explained to both that I want to give it to him and at this moment the only one I have available is the one I made for the client,” said Maikol. “Some people believe that I have a large quantity ready to sell,” he said.

Despite the sensation, Maik’s Customs CR does not have dozens of figures of the minister for sale.

In the first stage, the artist said he will only make about 20 of the figures worth ¢30,000 colones each and will use ¢20,000 to purchase material to make face shields and donate them to the Red Cross. 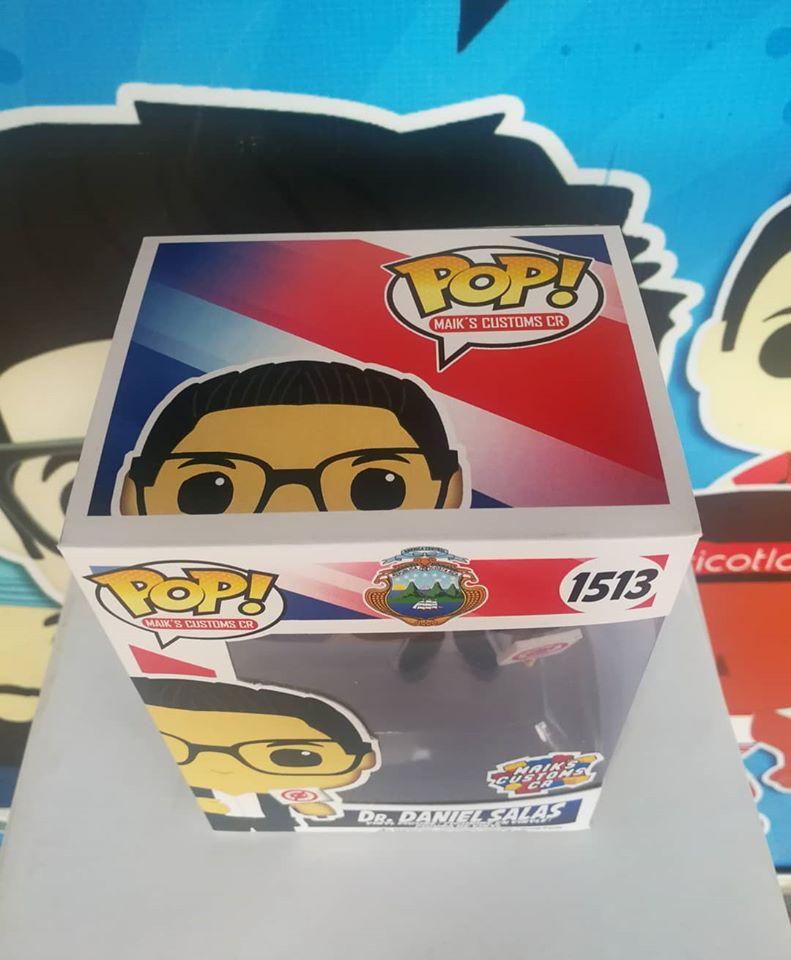 “We hope that the machine (to make the masks) arrives the other week. Making calculations, initially, we could donate some 90 masks to the Red Cross and later, we want to donate to the Caja because we do not know how long this pandemic can last,” he assured.

Other figures Maikol has made are of other Costa Rican characters such as Chibolo and Maikol Jordan. In addition, he recently delivered one to the Minister of Security, Michael Soto and also one of former President Luis Guillermo Solís. This young man works with Universal Music, so every time an artist comes to Costa Rica) he makes him a figure.

Although Maikol would like to make more figures, he cannot, as he currently has a waiting list of 80 orders, from customers since January, so he must respect customers who have already sought him out.

Those figures can be purchased by contacting Maikol through his Facebook page Maik’s Customs CR or Instagram (maikscostumscr).

“I manage it through social networks because many times people call me interested, but then nothing is specified, on the other hand, through social networks, one can give more follow-up to the purchase process. All deliveries are made by Correos de Costa Rica (post office) or through platforms such as Glovo, only the latter sometimes does not reach rural areas,” he said.

- Advertisement -
Paying the bills
Previous articleNew coronavirus in Costa Rica: There are 626 infected; 350 are part of 16 clusters
Next articleEl Salvador Suspends 2020 Government Investments