Minister of the Environment: Costa Rica Thrives on Biodiversity 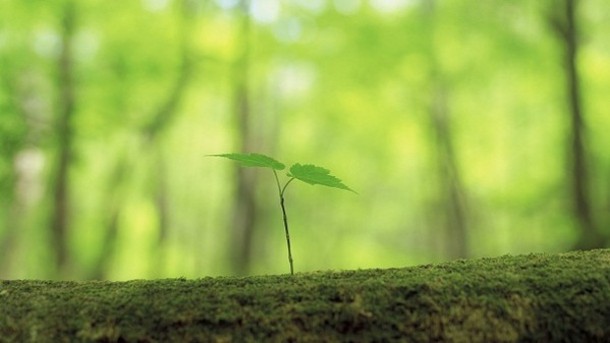 (QCOSTARICA) — Although its territory accounts for only 0.03 percent of the planet’s surface, Costa Rica is home to almost 5 percent of the world’s total estimated species, enabling the government to promote a different kind of development, an official has said.

In an interview with Xinhua on Thursday, a day ahead of the International Day of Biological Diversity (IDB), Costa Rican Minister for Environment and Energy, Edgar Gutierrez, stressed the importance of environmental conservation in his country, which takes advantage of its rich biodiversity to boom tourism.

Between 1950 and 1970, however, Costa Rica pushed through policies to extend agricultural borders, resulting in serious deforestation which reduced forest coverage to only 30 percent of the territory, Gutierrez said.

“In 1970, an alert came warning that Costa Rica cleared more than 50,000 hectares of forest every year. For that reason, proposals were made to slow down the excessive deforestation. In 1974, the System of National Parks was created to preserve what still remained intact,” he said.

This was a fundamental step in Costa Rican history as it not only reserved a quarter of the territory but opened it up to tourism, the minister said.

“In the 80s there was a drop in coffee prices (one of Costa Rica’s main products) and the country had to look for a fresh source of income, so they bet on tourism but a different type of tourism. They (tourists) came to enjoy the natural beauty. Tourism became like the goose that laid golden eggs for Costa Rica,” he added.

In 2014, tourist arrivals in Costa Rica reached a record of more than 2,520,000, yielding a total revenue of us$2.6 billion dollars, almost 5 percent of Costa Rica’s GDP.

Costa Rica’s national parks offer a wide range of attractions: volcanoes, lagoons, beaches, cloud forests, dry forests and tropical forests. All of them have their own biodiversity and specific ecosystems.

Around these parks, a tourism infrastructure has been developed, including hotels, restaurants, tour operators and transport. This has transformed some of the rural communities into the most sought-after destinations in the world.

“The objective is to generate income from our biodiversity. Also a process of regulatory changes have been put in place to guarantee Costa Rica will continue in this way,” he said.

“For that reason the Ministry for the Environment was created and basic laws such as the Biodiversity Law have also been created. There is even a constitutional reform that gives Costa Ricans the right to live in a healthy and balanced environment,” said Gutierrez.

By converting itself into a country focused on preserving environment,Costa Rica is beginning to be acknowledged all over the world for reversing the deforestation process, the minister said.

In 2013, Costa Rica’s forest coverage rate increased to 53 percent from40 percent in 2000, according to figures in the latest State of the Nation Report.

In Gutierrez’s eyes, the initiative “payments for environmental services” has played a key role in this process, under which a tax is imposed on using fossil fuels and the funds thus collected are paid to farmers and landowners for preserving forests.

However, the minister said they now face a challenge as sometimes preservation can come into conflict with the interests of a community over matters such as access to water, leading to debates like whether preserved resources in National Parks cannot be touched.

“We have to plan a way to conserve biodiversity, so that we can work together to devise a rational and appropriate usage of the natural resources with sustainable management,” Gutierrez said.

During this year’s celebration of the IDB on Friday, Gutierrez announced for the first time the National Policy for Biodiversity 2019-2030, which will allow the economical benefits to be better distributed amongst the country’s communities.

Article originally appeared on Xinhuanet.com, with editing by the Q