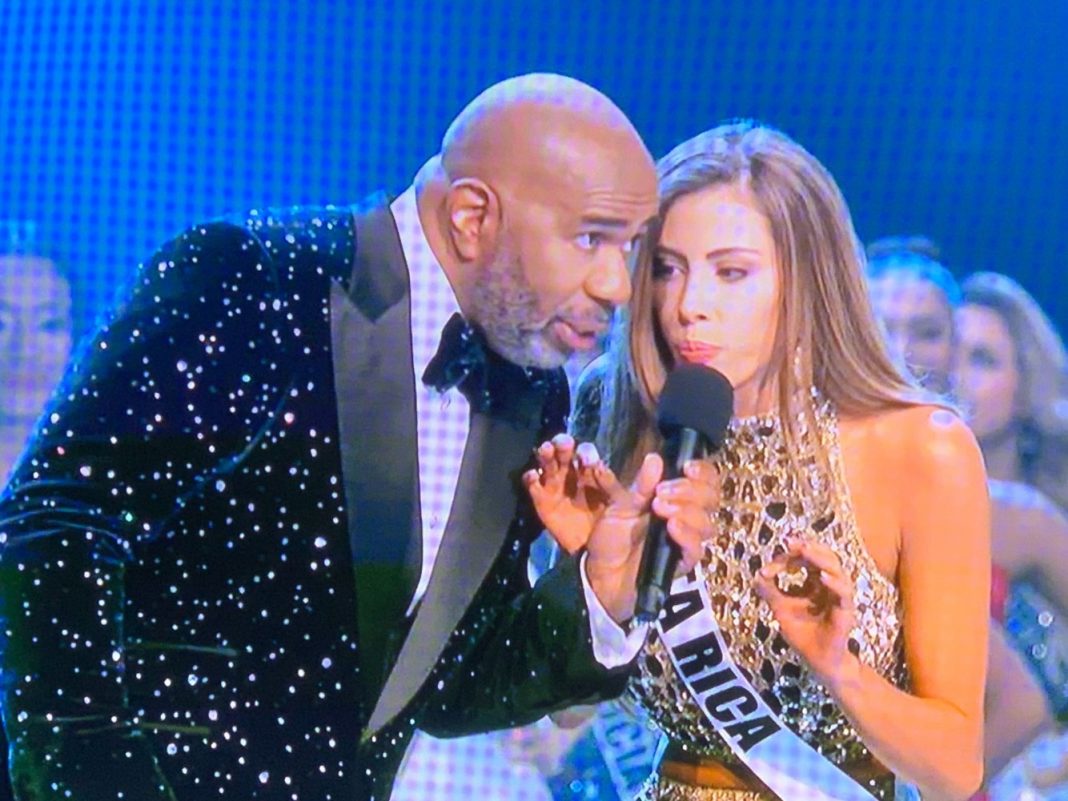 Steve Harvey can’t live down his Miss Universe mistake, announcing the wrong winner at the 2015 pageant. So, when Harvey asked Miss Costa Rica, Natalia Carvajal, what advice she could give a fellow television personality, she told him to read envelopes carefully.

“If they ever give you a really, really, really important envelope, try to read carefully, OK?” Carvajal told Harvery during Sunday night’s live airing of the Miss Universer 2018 on Fox.

The audience cheered as Harvey stared into the distance.

“So you all thought that was that d— funny?” Harvey joked. “Y’all just won’t let it go, huh?

Steve Harvey: “From one host to another, do you have any advice for me?”

Miss Costa Rica: “If they ever give you a really really REALLY important envelope, read it carefully okay?”

I AM LAUGHING SO HARD, SHE DID THAT #MissUniverse⁠ ⁠ pic.twitter.com/Sm2kr4YobI

In the 2015 edition of the Miss Universe, Harvey announced Miss Colombia, Ariadna Gutiérrez, as the winner, and she was crowned. But Harvey read the envelope wrong and had to apologize.

Article originally appeared on Costa Rica Confidential and is republished here with permission. Click here to go there,

QCOSTARICA - The government announced this Friday afternoon that...
Health