Miss Costa Rica: Guanacaste Has Everything 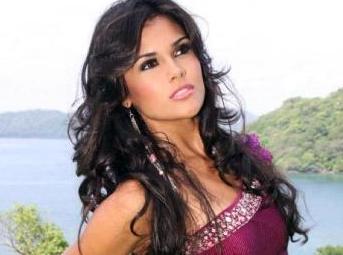 By Arianna Mckinney, Vozdeguanacaste.com – Without skipping a beat after being crowned Miss Costa Rica on July 12, Fabiana Yanory Granados Herrera is gearing up to compete for Miss Universe on November 9 in Russia.

Fabiana, age 23, was born in Nicoya and grew up in Hojancha, and although she now lives in San José to study and prepare for pageants, she comes home to Guanacaste every chance she gets, usually on weekends to spend time with her family, including her parents and two brothers, and to rest and go running.

“Guanacaste has everything. I love all of Guanacaste,” Fabiana asserted, although her favorite part of Guanacaste is her hometown, Hojancha.

Growing up, Fabiana worked in her family’s supermarket, Super Fabio. “Since I was little, they instilled in me the value of business,” Fabiana related, so four years ago she decided to study business management and industrial engineering at Universidad Latina in San Jose, and assures that she loves both fields of study.

Last year, however, she decided to put her studies on hold until next year in order to dedicate more time to preparing for beauty pageants, including a regimen of classes in subjects like English, diction and protocol, as well as two hours a day at the gym working on cardio, abs and legs.

“Since I started with this, I have loved this world [of pageants],” Fabiana confessed. Although she admits that sometimes she hears negative comments about beauty pageants, she said she ignores them and focuses on the positive comments and surrounds herself with people who give her strength, like her family, her friends and her boyfriend (sorry guys, they’ve been a couple for 5 years). “He has supported me a lot in all of this time. He’s given me a lot of positivity,” she assured.

In the past year, Fabiana has competed in four other pageants. In her first one, the International Coffee Pageant in Colombia, she won one of the two crowns awarded, the crown from the National Police of Colombia. Later she was runner up in the Miss Pan American competition in the United States and was voted best body. In Miss American Continent in Ecuador, she placed fourth and was voted best face, and in Miss Word in the Philippines, she placed 9th out of 95 contestants.

“I can say that what I most like is the contact with other people,” Fabiana commented. She likes getting to know other cultures, noting that she was impressed by the hospitality and affection of the Colombians and by the way people in the Philippines care for the environment, being careful with their garbage, keeping their streets very clean and trying not to use plastic bags.

As Miss Costa Rica, Fabiana has the role of representing the country internationally as well as providing social assistance. She expressed her desire to give a hand to her town, her province and her country in any way she can, although her main desire is to promote children’s education, encouraging children to keep going with their studies.

The Miss Universe pageant will be broadcast by NBC and Telemundo.