The Municipality of San José, in coordination with the organization “Chepe se baña”, created the initiative. 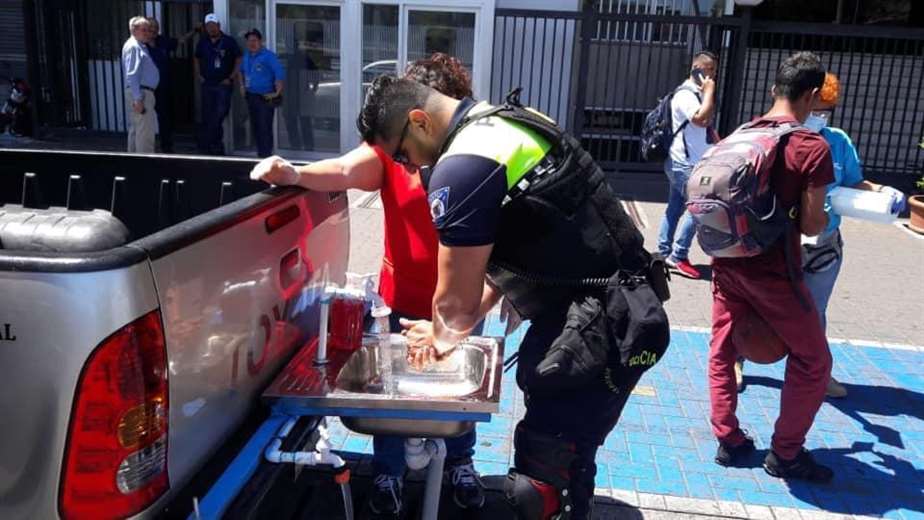 The Municipality of San José, in coordination with the “Chepe se baña” organization, installed mobile sinks in the center of San José with the objective that passers-by and inhabitants of the street have where to wash their hands and thus combat Covid-19.

“The mobile lavatories are an initiative of the Chepe se Baña organization that had been working for days with a mobile unit on the roads in San José, especially those with the highest concentration of street inhabitants and that in the context of the emergency National health the Municipality of San José has decided to reinforce this week with two pick-ups, “said Marcelo Solano, Chief of the San José Municipal Police.

The Muni and organization said that they are evaluating for the next week to use other municipal vehicles, in such a way that they have water, soap and alcohol available to all people who need hand washing.

“All efforts towards this population (the homeless) have been coordinated from the CNE’s emergency operations center and, in turn, through the municipal emergency committee and the social committee, this is one of the most practical initiatives being carried out that also seeks to carry information and communication to the street population about COVID-19, which also makes available to many people the possibility of washing their hands on public roads,” added Solano.

The police chief also stressed that they are already sharing the experience so that it can be replicated in the other cantons.

“We share the initiative because it is a very easy initiative, very practical and that it could be available to other local governments and other NGOs that want to contribute to this initiative in the context of the emergency,” the police chief concluded.