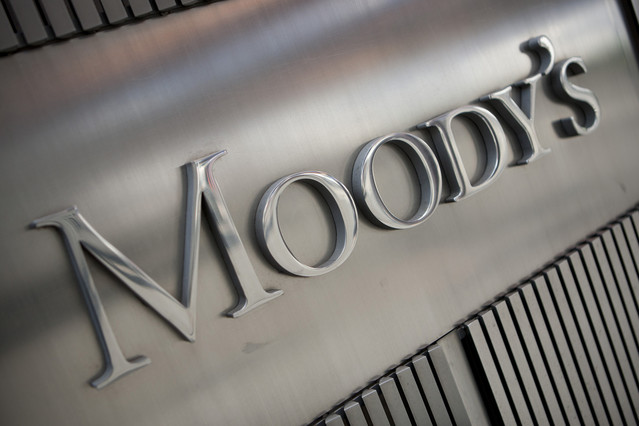 Q24N – The agency has changed the outlook from stable to negative, warning that there is still a lack a political consensus for approving a fiscal adjustment to reduce costs and improve the debt / GDP ratio.

The lack of political consensus to reduce the fiscal deficit will continue to put pressure on the government’s rising debt burden.

From a statement issued by Moody’s Investor’s:

The decision to change the outlook reflects Moody’s expectation that the lack of political consensus to reduce the fiscal deficit will continue to put pressure on the government’s rising debt burden.

The key drivers for Moody’s affirmation of Costa Rica’s Ba1 rating are:

1. Costa Rica’s economic strength supported by a GDP per capita that is almost twice the peer median.

2. Moderate institutional strength as evidenced by a long tradition of consensus-building and high rankings for governance.

RATIONALE FOR THE NEGATIVE OUTLOOK

The main driver of the outlook change to negative from stable is Moody’s expectation that Costa Rica’s high fiscal deficits will continue, leading to a continued increase in government debt.

Costa Rica’s government debt, which will reach 47% of GDP this year, has risen every year since 2008 when it was almost half the current level at 25%. The main reason behind the rising debt burden is high fiscal deficits that averaged 5.1% of GDP since 2010 and will, absent significant fiscal policy reform, exceed 6% of GDP this year and next.

In the last few years there have been several attempts by both the current and prior administrations to reduce the fiscal deficit, in most cases through new legislation increasing the tax intake but none has been adopted. Approval of tax and fiscal reform has stalled due to a lack of agreement between the executive and the legislature on whether to prioritize tax increases versus spending cuts, an agreement made even more difficult due to a highly atomized legislature which has 57 members and 9 political parties.

We estimate central government gross funding needs for 2016 of close to 12% of GDP and, absent fiscal reforms that lead to lower deficits, funding needs will continue to rise in 2017 and beyond. Most of Costa Rica’s funding needs will be met domestically, and we expect that in 2016 the government will borrow the equivalent of 11% of GDP in its domestic markets. This represents an increase from recent years, with domestic funding in 2013 at only 6.2% of GDP If this trend continues unabated it will place pressure on domestic interest rates and economic growth.

RATIONALE FOR AFFIRMATION OF THE Ba1 RATING

Costa Rica’s Ba1 government bond rating balances the country’s comparatively strong national income and growth dynamics with high fiscal deficits and a rising debt burden. The decision to affirm Costa Rica’s ratings at this time, rather than downgrade, reflects the balance of credit strengths. Costa Rica is richer and has until recently been growing faster than its rating peers. The country’s estimated $52 billion nominal GDP (2015) is slightly higher than the median for Ba rated sovereigns and its $14,919 GDP per capita (PPP basis, 2014) is almost double the Ba category median of $8,843. Over the last five years, the economy averaged 3.9% annual growth, above the 3.6% median of Ba rated countries. For 2016 we expect real GDP growth to rise close to 4%, driven by investment and private consumption.

Another factor supporting the ratings is Costa Rica’s strong institutions, which provide a high degree of policy predictability. As the oldest democracy in the region Costa Rica has a long tradition of consensus-building and high rankings for governance, but that has led to gridlock when it comes to fiscal reforms.

A comparatively high level of financial dollarization remains a credit risk. Costa Rica’s total dollar deposits are 105% of the sum of international reserves and banks’ foreign assets, compared to a median of 54% for similarly rated sovereigns (2014 data). A high level of financial dollarization raises the spillover risks of a sudden devaluation. It also represents a contingent claim on reserves in the case of sizable withdrawals on dollar deposits. But Costa Rica’s external vulnerability remains low, with a current account deficit that is more than 90% financed by foreign direct investment, reducing the need for external debt. Lower global oil prices have also helped reduce the current account deficit which stood at 4% of GDP last year down from a 5.1% of GDP average in the four years prior.

WHAT COULD MOVE THE RATING UP

Given the negative outlook, a rating upgrade is unlikely. However, we would stabilize the outlook at the current rating level if we expected the government to adopt structural budgetary adjustments, such as increased tax revenues, spending cuts or a combination of both, that were expected to arrest and ultimately reverse the rise in the government’s debt levels.

WHAT COULD MOVE THE RATING DOWN

A continued deterioration of the fiscal accounts and further increases in debt metrics would likely lead to further negative rating actions. Evidence of stress in the banking system or a significant increase in the level of financial dollarization could also place downwards pressure on the rating.

Default history: No default events (on bonds or loans) have been recorded since 1983.

The principal methodology used in these ratings was Sovereign Bond Ratings published in December 2015. Please see the Ratings Methodologies page on www.moodys.com for a copy of this methodology.

The weighting of all rating factors is described in the methodology used in this credit rating action, if applicable.

For any affected securities or rated entities receiving direct credit support from the primary entity(ies) of this credit rating action, and whose ratings may change as a result of this credit rating action, the associated regulatory disclosures will be those of the guarantor entity. Exceptions to this approach exist for the following disclosures, if applicable to jurisdiction: Ancillary Services, Disclosure to rated entity, Disclosure from rated entity.

Regulatory disclosures contained in this press release apply to the credit rating and, if applicable, the related rating outlook or rating review.

QCOSTARICA - The opening of the new section of...
#Human Interest