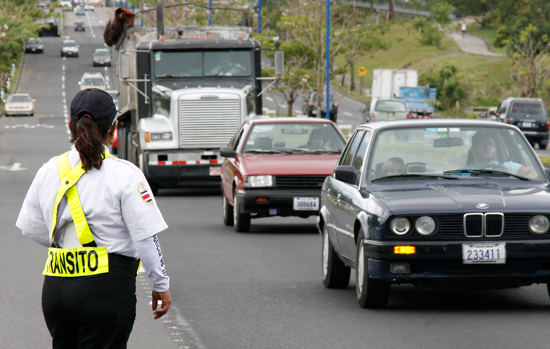 QCOSTARICA – The sound from some vehicles on Costa Rica’s roads can be deafening, some for operating with a broken (or even without) a muffler, others using special muffler to produce the roaring sound of a race car engine.

But, did you know that the excessive noise is prohibited under the Ley de Transito (Traffic Law)?

Probably not, this because in most cases it has been ignored by traffic officials (Transitos). But, the situation seems to have gotten out of hand, mostly due to the large number of vehicles on the road today.

That all changes with the publication of the new guidelines in the La Gaceta, the official government newsletter, on Thursday, and a concentrated effort by the Ministry of Obras Publicas y Transportes (MOPT) to reduce road noise.

The regulations set out in 1993 divide vehicles into four categories:

Starting on October 23, the maximum noise output are reduced to:

In addition, the regulations change excessive noise from a “leve” (light) to “grave” (serious), meaning a fail in the vehicular inspection (Riteve), and establishes the protocol for a roadside inspection of suspected offending vehicles.

To regulate the noise emissions, the Policia de Transito says it will count with 48 sonometers, upping from the current 23.