“Mordida” To Cost Tránsito His Job 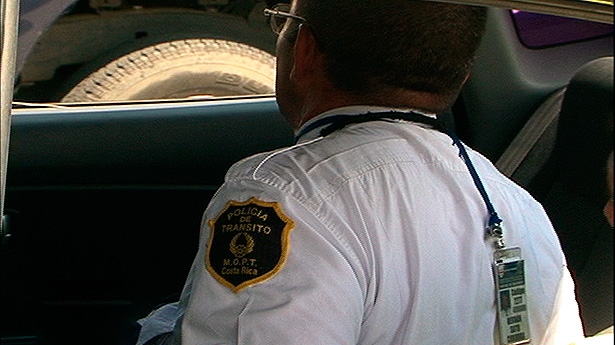 A Tránsito (traffic official) who tried to take a bite out the wallet of a driver found himself detained by Judicial officials and could end up losing his job.

The victim said he was asked for ¢5.000 colones “for a coffee” by traffic official, Hernán Soto Córdona, to look the other way.

The driver said he took a snapshot (with his cell phone) of the bill’s serial number and then called judicial police to report the “mordida”, a term in Costa Rica referred to a bribe.

Judicial officials took the traffic official into custody for questioning and is sure to be charged with corruption.

QCOSTARICA - Due to an improvement in the epidemiological situation of the health emergency, starting March 1, the only daytime vehicular restrictions for the...
Central America

Q24n - Central American countries presented a plan on Monday in the face of a possible migratory wave of Haitians, Cubans, Asians and Africans...
Heredia

QCOSTARICA - Despite losing their home entirely in December, a Heredia received electricity bills from the Heredia Public Service Company (ESPH) for January and...
Entertainment

The filming of the second season of the reality show “ReverseD” on the Discovery Channel officially began last Sunday, February 21, in Atenas, in...
Political Economy

QCOSTARICA - Borrowing its way out of the current financial crisis seems to be objective for the Carlos Alvarado government. Obtaining about US$2.5 billion this...
Coronavirus

Japan is beefing up measures against loneliness, taking a first major step toward comprehensively tackling a pervasive problem in the nation that has again...
Rico's Digest

RICO's DIGET - As we begin the month of March, I can't help but think back on what we have been through over the...
Travel

QCOSTARICA - Need to leave the country and require a test to detect SARS-CoV-2, the coronavirus that causes covid-19? The Cámara Costarricense de la Salud...
Redaqted