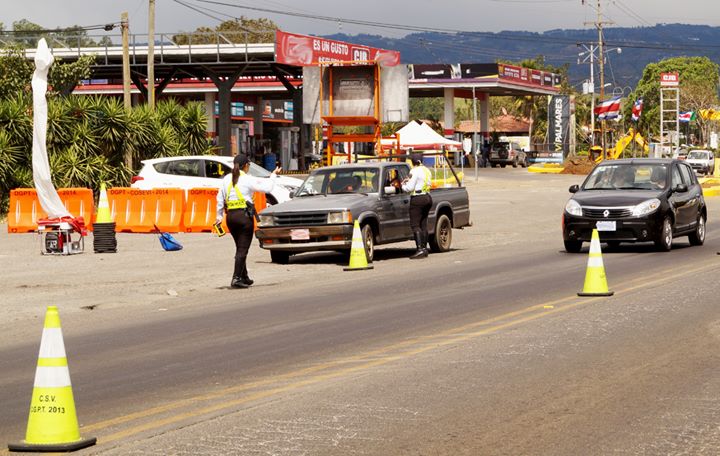 QCOSTARICA – Despite the strong campaign of the last several years against drinking and driving, the Policia de Tránsito (traffic police) report more drunk drivers for this Semana Santa (Easter Week).

Mario Calderon, director of the traffic police force, said that compared to last year, his officers have surprised nine more drivers exceeding the permitted level of alcohol, at least until Friday.

The director added that Tránsito has also issued more than the usual number of fines for reckless driving and speeding.

By way of the social media (Twitter and Facebook), the Dirección General de Policía de Tránsito, for up to Friday of this Semana Santa, reported the issuing of 336 speeding tickets, attending 1.052 traffic accidents, performing 993 alcohol tests, of which 58 were positive.

According to Calderon, the lack of officials and the high volume of traffic to the Pacific and Caribbean tourist zones, forces the police unit to “vary the dynamics of officers”, assigning officials away from speeding and drunk driving details, to general traffic controls.