More “Low Cost” Flights Between US and Costa Rica 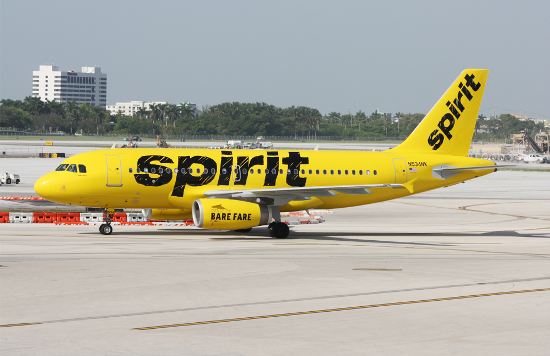 COSTA RICA NEWS — As of May 28, 2015 travelling between the U.S. and Central America will get easier and possibly cheaper, with more weekly flights by ultra low-cost American carrier Spirit Airlines

“We’re excited to offer our customers in Houston the opportunity to fly to and from these great destinations without having to spend a ton of money getting there,” said Ben Baldanza, Spirit Airlines’ President & CEO in a statement to the press.

The routes will become Spirit’s first international flights from Houston and are subject to foreign government approval.

Spirit Airlines made news when it repainted many of its aircraft in a bold and bright yellow pattern that makes their passenger jets look like big New York City taxis in the sky.

Editor’s note: The other day, looking up in the sky over the San José airport I mistook the Spirit plane for the DHL cargo. The differences are the DHL yellow is a little deeper and the cargo plane has no side windows.

- Advertisement -
Paying the bills
Previous articleOutsourcing Logistics Services in Costa Rica
Next articleNext Time You Fly To Colombia, Head For Panama To Save $$$