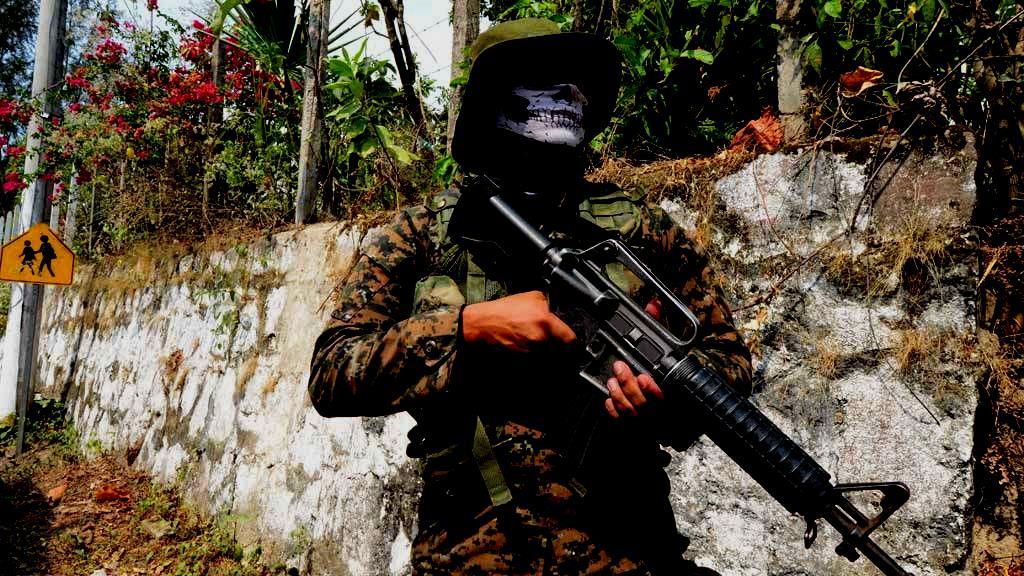 (InsightCrime.org) Prosecutors in El Salvador have filed court documents alleging that MS13 leaders sought to arm an “elite unit” of the gang with high-powered weapons purchased in Mexico and Guatemala, an indication that the group’s transnational connections contribute to its domestic clout.

According to a 1,355 page document filed by El Salvador’s Attorney General’s Office, which was reviewed by La Prensa Gráfica and El Universal, alleged MS13 leader Marvin Adaly Ramos Quintanilla, alias “Piwa,” hatched a plan to train an “elite unit” of 500 gang members and arm them with powerful firearms from Mexico and Guatemala in order to carry out attacks against business owners, security forces, judicial workers and politicians.

“The gang project consists of collecting money monthly from extortion proceeds in order to purchase weapons…to equip 500 members of the MS, two from each of the 249 cliques at the national level and to form elite shock teams for attacks against the security system,” the document reportedly reads.

The document, which was filed as part of a massive new case against dozens of suspected gang members, reportedly alleges that the purpose of these “shock teams” was to carry out “selective and simultaneous” attacks against high-profile targets, “all with the goal of destabilizing the state.”

It is unclear from the press reports exactly how far the gang advanced with this plan. However, La Prensa Gráfica reported that between April of this year and his arrest in late July, Piwa oversaw the purchase of 30 bulletproof vests and several shipments of high-powered firearms and grenades.

The news outlet also reported that the prosecutors accuse suspected MS13 members of seeking to acquire weapons in Mexico and Guatemala “for prices that varied between $2,000 and $3,000 and that had the capability of taking down helicopters.” It is not clear whether those purchase attempts were successful.

There is significant debate among experts about the extent of coordination between MS13 in El Salvador and cliques that operate in countries like Mexico, Guatemala, Honduras and the United States. However, the recent allegations indicate the MS13 is actively seeking out partnerships with criminals in nearby countries, which in turn is facilitating the gang’s activity inside El Salvador.

El Salvador has no domestic gun manufacturing industry, which means that all of the firearms in the country — both legal and illegal — must at some point be imported. It would therefore not be surprising if gang members inside El Salvador get help from counterparts abroad when seeking weapons that they are not able to obtain domestically.

At the same time, gangs also have access to plenty of weapons in El Salvador that leak from police and military stockpiles. One witness cited by the prosecutors testified that officials from the armed forces sold three high-powered M-60 machine guns to gang members. This would hardly come as a shock; Salvadoran security forces have repeatedly been implicated in arms trafficking activities in recent years.