(QCOSTARICA) The Municipality of Garabito, which takes in the popular tourist destination of Playa Jaco, is installing posts 20 meters apart for tourists to visit Jacó beach without exposing themselves to COVID-19 contagion. 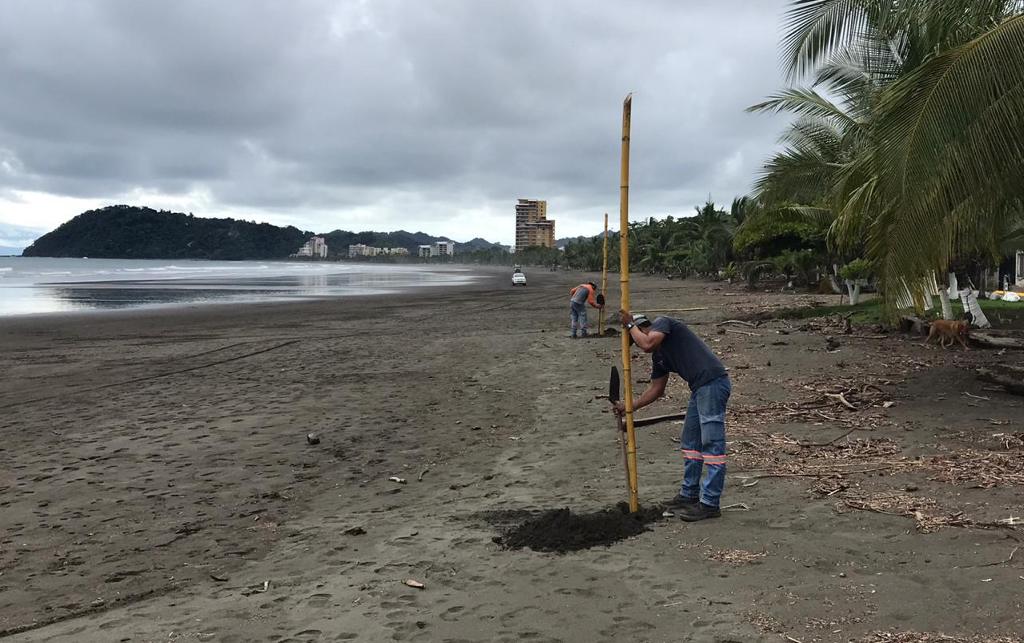 On Monday, the tests began with the first 25 bamboo poles installed out of the total of 200 that are to be installed across the five kilometers of the beach in Jacó. The canton is preparing for more tourists after the alert level dropped from orange to yellow, allowing restaurants and shops to serve customers open this week.

Different authorities will be monitoring compliance with the gap between groups, including the Municipal Police, lifeguards and volunteers such as guides and scouts, explained Johan Ramírez, Quality and Continuous Improvement Manager in the Municipality of Garabito.

The Cruz Roja (Red Cross) will also support the distancing initiative while the Chamber of Tourism and Commerce “is fully targeted with the project,” he added.

“We want to include the Fuerza Publica (national police) but it has not been very easy but we hope they will get involved,” said Ramírez.

The municipality will implement a series of changes to prevent contagion, from which it expects that they will be rewarded with additional hours of opening of the beaches, from the current 5:00 am to 9:30 am. 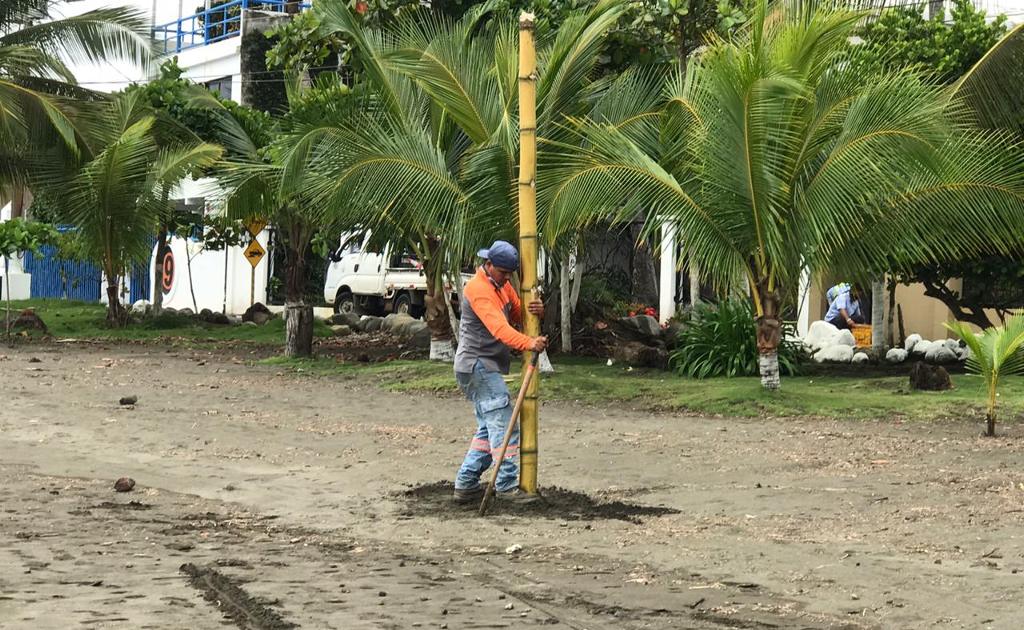 This includes installing 15 sinks for handwashing on the Jacó and Herradura beaches, in addition to 9 public showers, which are expected to start construction later this week or early next.

This week, the Municipal Council is expected to approve additional funds for the construction of 25 public sinks in urban centers, with 11 on the main strip of Jacó, Ramírez explained.

The impact of business restrictions as well as the closing of borders to foreign tourists has made Jacó a “ghost town”: storefronts with for rent signs and hotels selling rooms at half the price, according to the mayor., Tobias Murillo.

Through the CNE, the local government and some businessmen and organized groups, efforts have been made to help feed the vulnerable population, but there are still many families that are facing difficulties, he added.

“We were the first to close the beaches, we have the best protocol, but it cannot be that the government does not have a true dimension of the damage that improvisation can cause the country,” he concluded.

Today, Wednesday, June 16, vehicles with plates ending 5 & 6 CANNOT circulate The measure is countrywide and applied between 5:00 am and 9:00 pm,...
El Salvador

Q REPORTS (Council on Foreign Affairs) Democracy is being destroyed in Nicaragua. This has been the long-term project of Daniel Ortega, the country’s dictator,...
Expat Focus