Never As Bad As This! 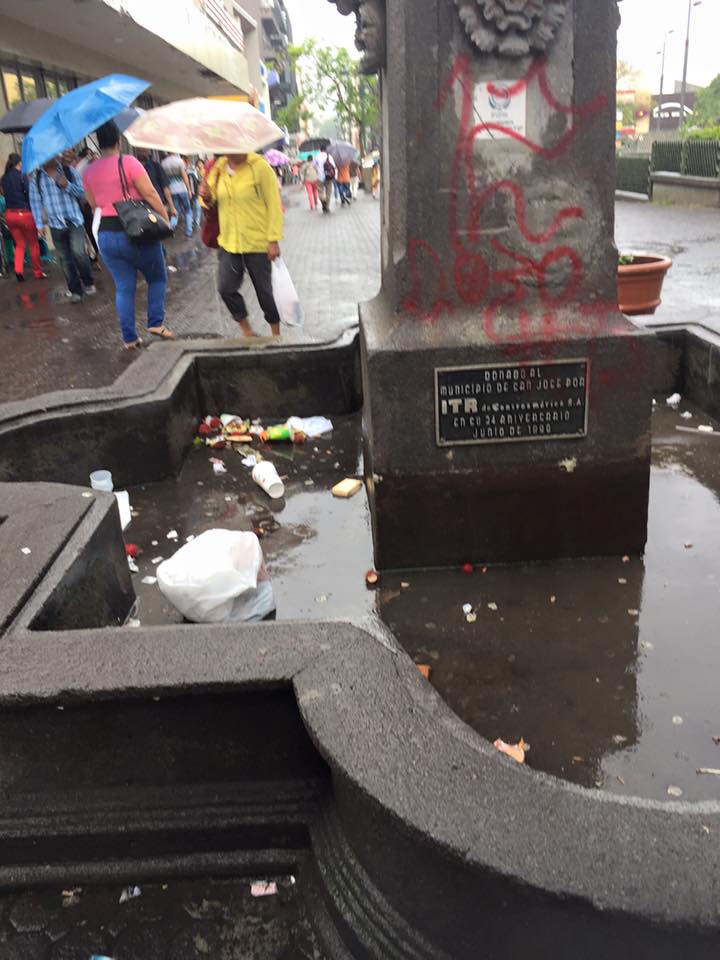 This is ‘Tico Culture’ at its finest, the conversion of the fountain clock on Avenida Central, at the intersection of Calle 3, by the Plaza de la Cultura, Monday afternoon.

The photo was posted on Facebook, with many commenting on the trash. But what about the graffiti?

More surprising, reading the comments, all talk about placing their trash in a bag to empty at home. But no one even mentions the lack of trash receptacles along the Avenida.

I can remember a time when a team of street sweepers kept the Avenida clean, even emptying the few trash receptacles along the way. And Every December an outcry on the confetti throwing, one (or maybe a couple) or year the tradition cancelled due to the littering it created.

No, this is not the San Jose I once knew. Never a real clean city, but never as bad as this.