Travel within Costa Rica by air is a tricky business, mostly due to the lack of infrastructure in adequate airfields, aeródromo in Spanish.

Even in popular tourist areas like Tamarindo, Quepos, Tambor, and La Fortuna the infrastructure has been sketchy at best. Imagine now some of the remote areas.

To this end, the Aviación Civil (Civil Aviation) has been working on modernizing to spur tourism and economic recovery, like that in Bahia Drake (Drake Bay) District, south of the Osa Peninsula, where the with the operation of the new aeródromo since January has resulted in a surge of tourist visits.

According to the Director-General of Civil Aviation, Guillermo Hoppe, the number of passengers visiting Drake in the first seven months of the year (January to July) was 12, 727, almost double that of all of 2018 with 6,525.

Hoppe added that there were 1,686 flights to and from Drake in the first six months of 2019.

“We are able to positively impact the lives of many people through projects that enhance the tourist and economic revival of rural areas. We believe that the visitation to the area will increase even more, which shows that the investment in aeronautical infrastructure carried out by the Civil Aviation Technical Council with its own resources is energizing the country’s economy,” Hoppe said enthusiastically.

Part of the improvements to the Drake aerodromo is a new terminal, improving and widening the airstrip from 10 meters to 18 meters and from 770 meters in length to 1,004 and more space to park planes.

Though not as nice as Drake, Aviacion says it has made “important investments” in Palmar Sur, Perez Zeledon and Golfito.

Hoppe added that “the connectivity and reduction of travel times with the modernization of the country’s aerodromos will improve the visitor experience, so that they stay longer in our country and motivate them to return.”

Flying to and from Drake Bay (DRK) from San Jose 35 minutes approximately: 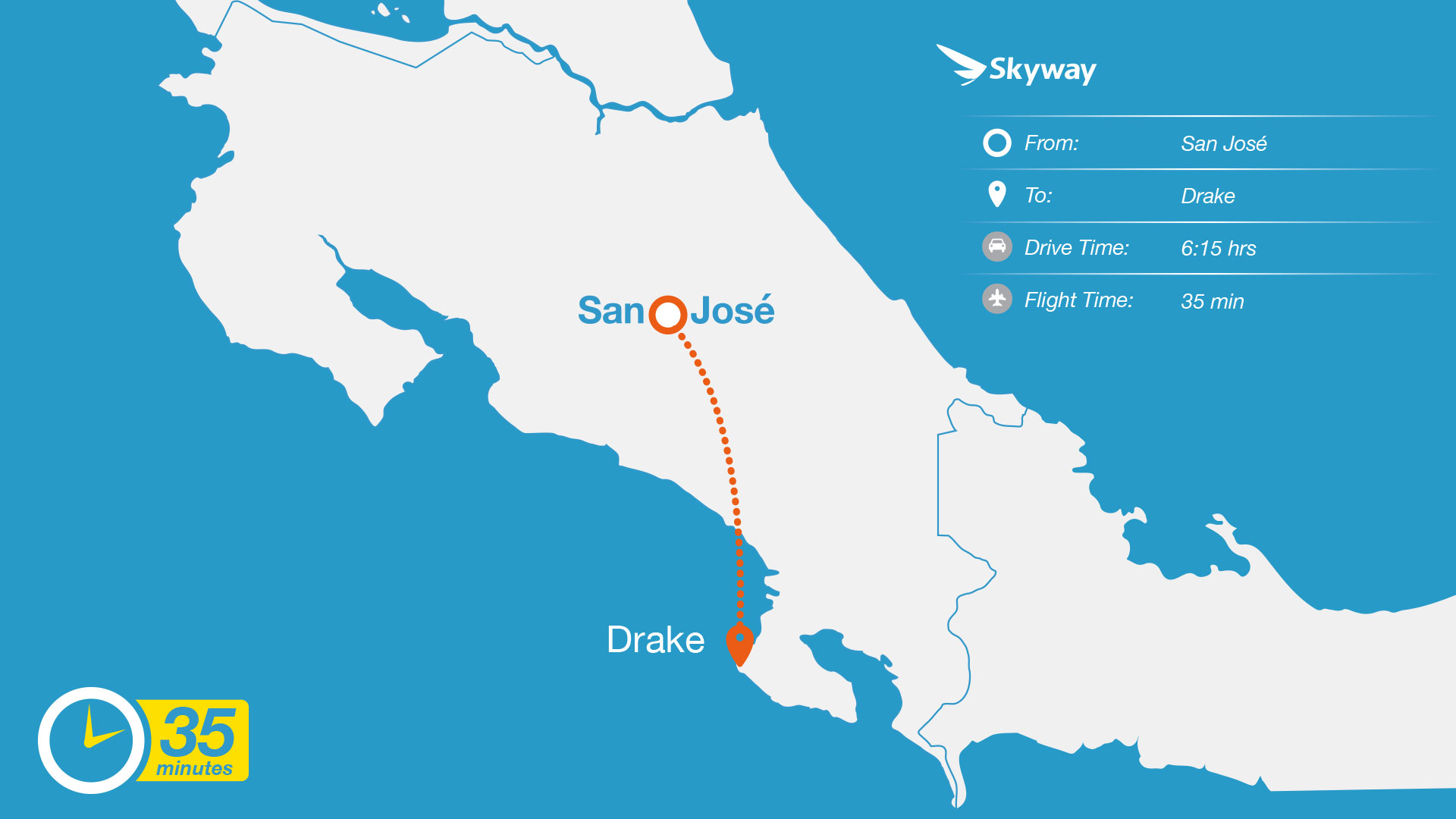 QCOSTARICA - With the arrival of 157,950 doses of...
Infrastructure