New Airline Aims To Connect Travelers Within The Region 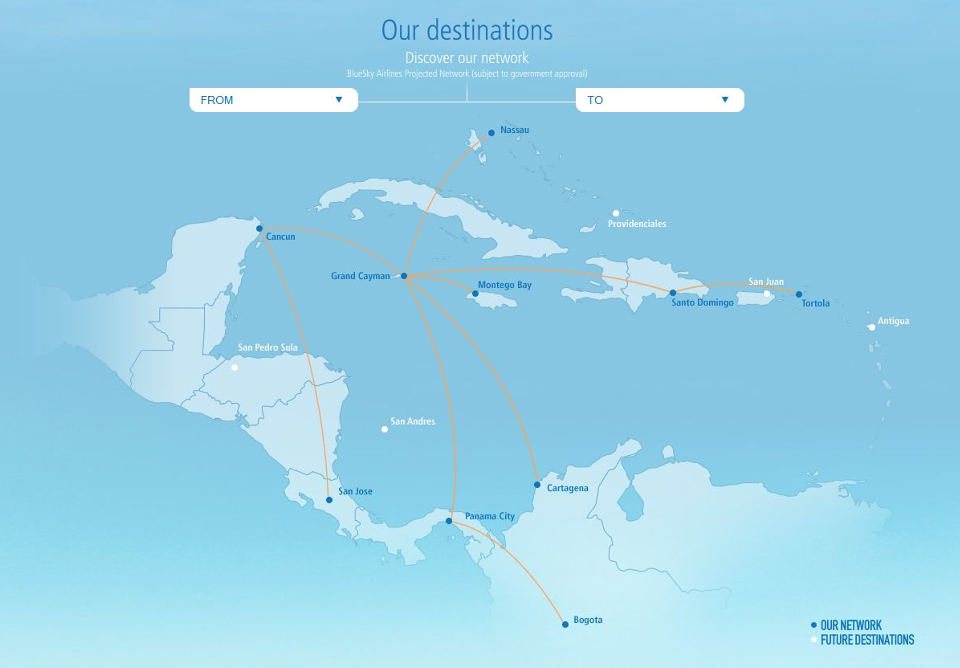 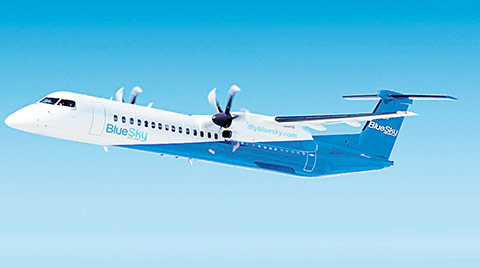 QCOSTARICA TRAVEL – A newly launched airlines plans to offer flights to destinations in Central and South America and the Caribbean, connecting flights to Europe through Cancun or Panama City, by-passing Miami.

If approved, Cayman Islands-based BlueSky Airlines will fly to Colombia, Costa Rica, Panama and Mexico, as well as the Dominican Republic, British Virgin Islands, Jamaica and the Bahamas.

Mark Ellinger, chief commercial officer for the airline, said the aim is to begin flying in the summer.

The airline says it has no plans to fly to the U.S., enabling travelers within the region to bypass Miami.

BlueSky is currently going through the regulatory process to obtain an Air Operator’s License in the nine destinations it will service.

Once the airline is fully operational, Ellinger says flights from San Jose, Costa Rica and Bogota, Colombia would be quicker and more convenient than traveling through Miami and having to clear customs in the U.S.