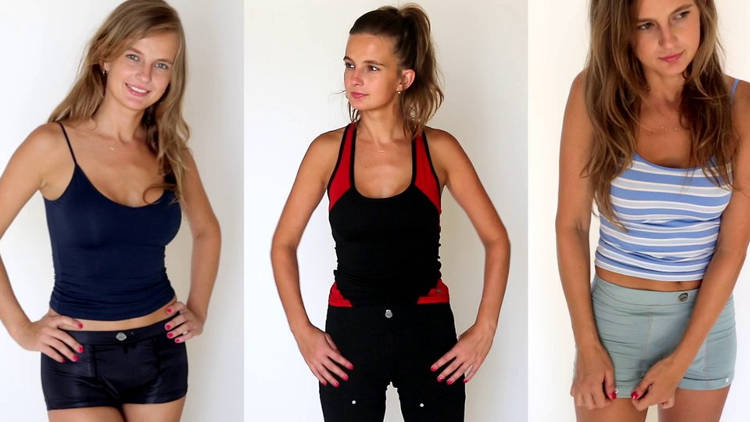 Critics aren’t convinced a line of anti-rape clothes will really work, but the designers insist the garments can make women feel safer and prevent sex attacks. They recently raised more than $50,000 on the crowdfunding site, Indiegogo.

The garments work by creating a barrier that even the most determined rapists can’t break, rip or cut, “so that women and girls can have more power to control the outcome of a sexual assault,” according to AR Wear’s Indiegogo campaign, launched to raise funds to produce the line.

But will they really work?

The Telegraph blasted the idea of anti-rape wear as “wrong on so many levels,” and The Washington Post questioned if it’s anti-feminist. Commenters voiced doubts that a pair of sturdy underwear will be much help in the event of an attack, but the designers swear the garments work.

Known only as Ruth and Yuval (they declined to release their last names), the Nyack, N.Y., women said they designed the products to be worn in potentially dangerous situations — while clubbing, out on a first date, running alone at night or traveling abroad, for example.

They told the Daily News in an email the idea sparked years ago, after Yuval saw a news story about a woman who was raped with people nearby. If something could have slowed the attack — like stubborn undergarments, for example — it might have given bystanders enough time to take notice and help.

Yuval teamed up with Ruth, who was nearly raped twice, to bring her idea to life. Ruth recalled being attacked in her late 20s, and how quickly the man ripped down her jeans and underwear “in one fluid motion.”

“She started screaming and something caused her attacker to run off,” the designers wrote. “The memory of how he had pulled down her clothing so quickly made her believe that AR Wear could be effective at preventing some rapes by causing delay.”

Neither woman would provide any personal information except their first name, due to “the sensitive nature and stage of development of the product.”

Ruth and Yuval cite studies that prove resisting rape increases a woman’s chance of escape, and say their anti-rape shorts, underwear and pants do just that.

Cut-resistant straps and webbing create an “innovative skeletal structure” that the wearer locks at the waistband, so they can’t be pulled down or pushed aside.

But the designers insist the garments are comfortable and easy to get off — wearers can release the hold by turning a tiny lock to a designated clock position.

Ruth and Yuval have raised more than $54,000 on Indiegogo — enough to start producing their line. They expect the pieces to sell between $50 and $60 online and are experimenting with plus-size and men’s lines.