QCOSTARICA – The Rincón de la Vieja volcano, in north-western Costa Rica, about 23 km from Liberia, in the province of Guanacaste, gave a wake up call Thursday, with an eruption whose column of gas and vapor rose 2 kilometers above the active crater. 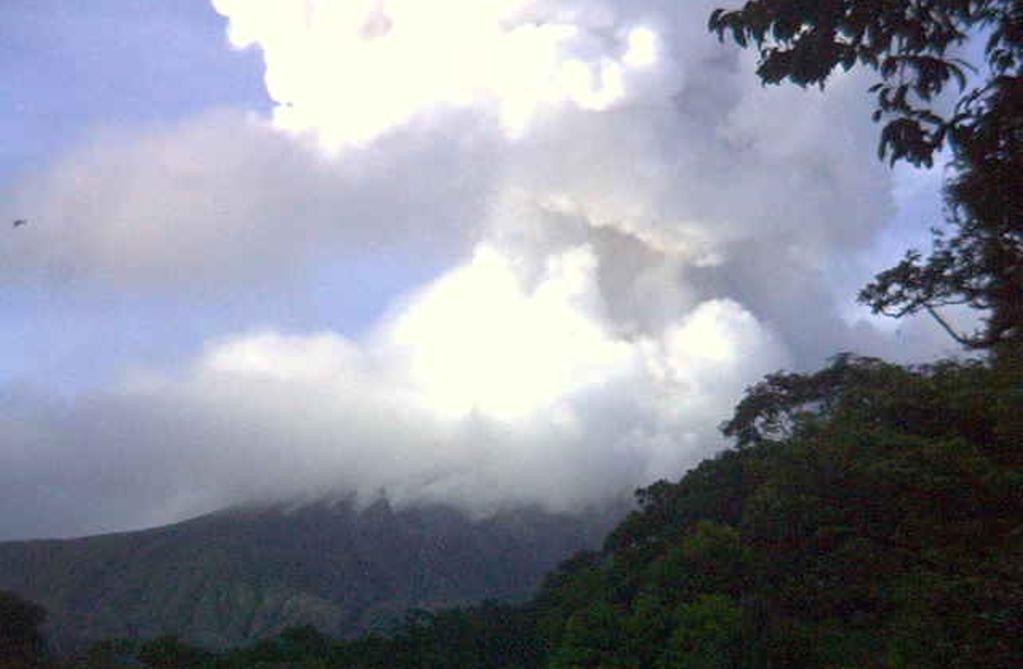 According to the information, it was a hydrothermal eruption, characterized by the emission of solid, liquid or gaseous materials through openings or cracks in the earth’s crust.

“It can be of several types and one of those types of eruption is the phreatic eruption, which consists of the volcanic eruption caused by the rapid and violent conversion of groundwater into steam, possibly as a result of contact between rainwater and a source of water. magmatic heat,” explained the Ovsicori.

Thursday’s eruption lasted for 1 minute and the column was visible from different Guanacaste communities near the colossus.

“Material spillage is observed from the bottom of the crater lagoon outside the active crater. At the time of this report, no ashfall or sulfur odors have been reported in the surrounding communities,” the Ovsicori said.