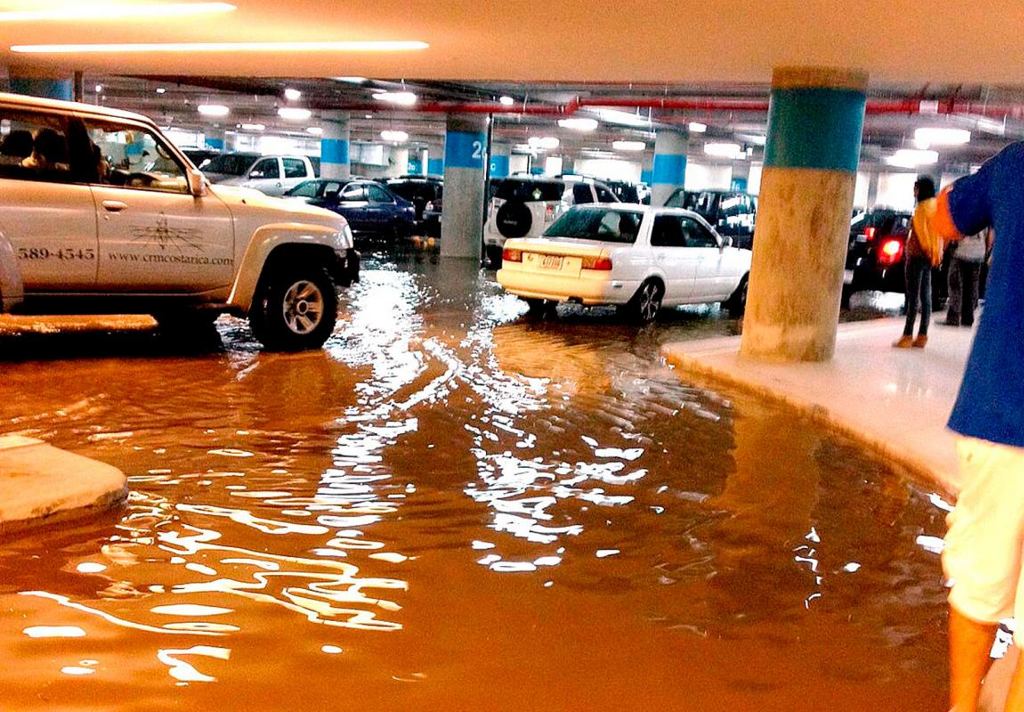 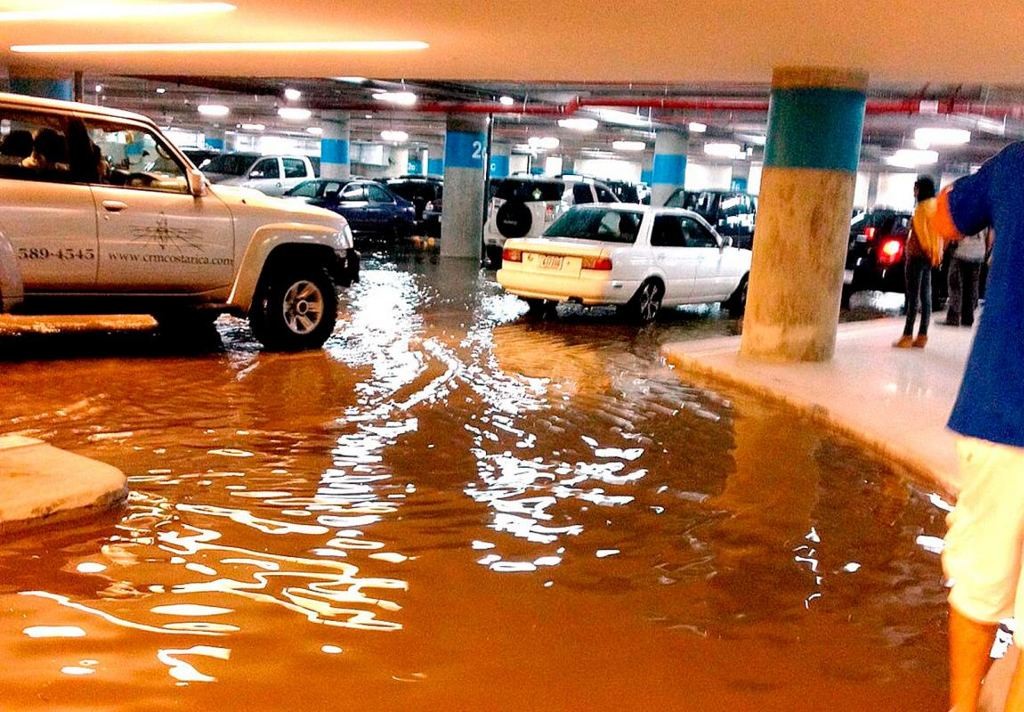 Perhaps it was desperation to hit the holiday shopping season, the mall opening its doors on November 11 as had been announced, while work to complete continues, that may have contributed the mall’s underground parking lot becoming a large lagoon during a heavy rain storm that hit Alajuela Sunday afternoon. 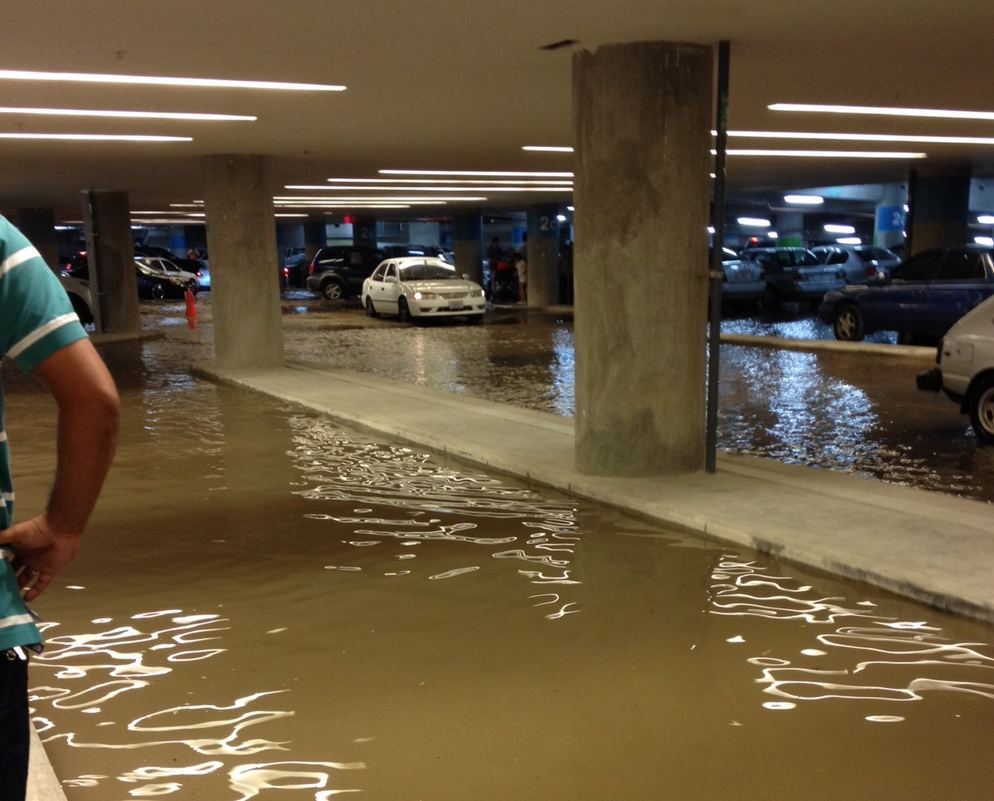 Pumps and brooms were the order of the day, as maintenance crews worked to clear the overflowed water.

City Mall general manager, Ronald Orozco, told the press that the mall did not suffer any damages and would continue normal operations.

According to the manager, the flooding was in only one of the four parking areas of the mall, the heavy rain collapsing the area’s storm sewer system, flooding not just the mall. 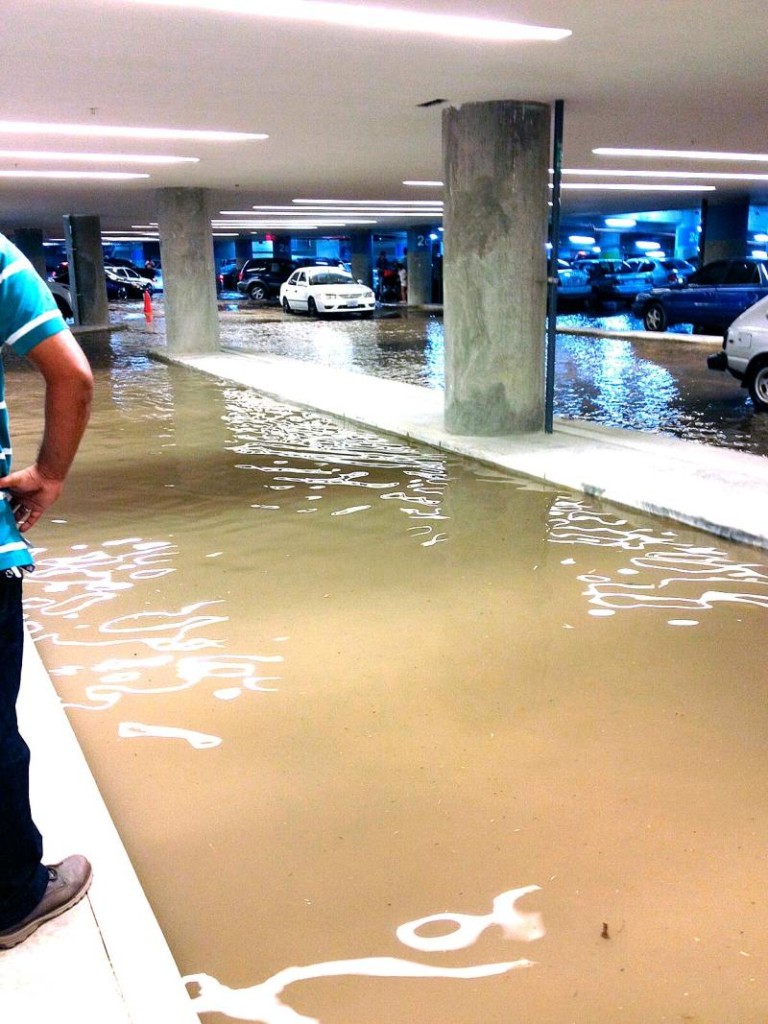 The heavy rains Sunday afternoon in Alajuela and Heredia were forecast by the Instituto Meteorológico Nacional (IMN) – national weather service.

The social media was abuzz with humour of the flooding.