Next Week For Train To Cartago

The train to Cartago is ready to roll. The engine and cars have spit shined, the passengers are waiting to board. So, what’s the hold up? 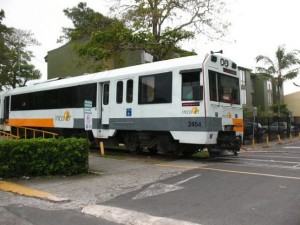 It appears that a delay in the printing of the train tickets has kept the San José – Cartago whistle blowing silent.

Accordig to the Instituto Costarricense de Ferrocarriles (Incofer) the tickets are still at the printer and then require to be officialized, delaying the train service until Wednesday or Thursday next week.

Miguel Carabaguíaz, president of the Incofer, assures this is a small glitch in the process. “If you were to ask me if the train is ready today I would say, yes…but there are small details to work out”, says Carabaguíaz.

The commuter trip between San José (San Pedro) and Cartago is 30 minutes and costs ¢550 colones.

The Incofer expects to move some 5.500 people daily.

The Incofer reactivated train service in San José serveral years ago with the San Pedro – Pavas commuter service. Since it added service to Belén and Heredia centre and is working on reactivating the Heredia – Alajuela route.

Today, Wednesday, June 23, plates ending in 5 & 6 CANNOT circulate. The measure is countrywide and applied between 5:00 am and 9:00 pm, save...
Guanacaste

Q24N - You may not know John McAfee, of his eccentrics, but you are sure to have the name and may even have your...
Trends

Are you thinking about becoming a casino dealer? If you’re a Hungarian citizen, we’ll tell you more about what you need to know. You...
Economic Recovery