Nicaragua and the Myth of the Mestizo Nation 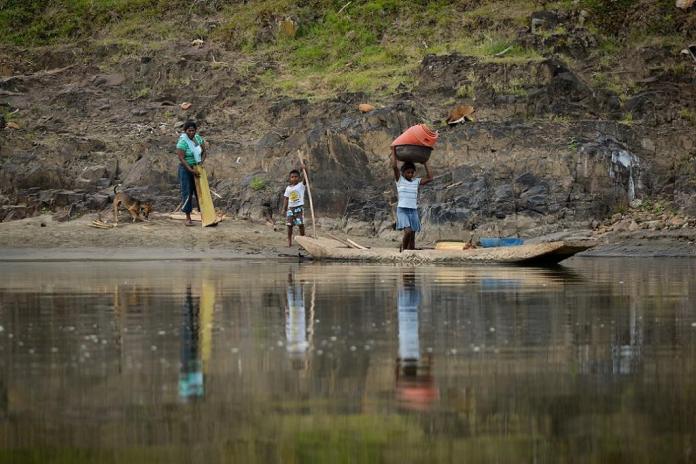 The April protests put many conversations on the table that are still pending. One of them is the longed-for idea of a “New Nicaragua”. A lot of things could be discussed within that topic, as there are varied interpretations of the idea, which also isn’t so new. We’ve had a couple of “New Nicaraguas”, or at least the intent.

However, the topic that I’m interested in addressing has to do with all those widely publicized conceptions about “the Nicaraguan”. As well as the idea of a homogeneous nation that has its genesis in mestizaje, or the mixing of the races.

What’s taught in the schools

I don’t pretend to hold an exhaustive discussion about what the idea of mestizaje signifies, but only to sketch out some areas worth thinking about.  To begin, much of the narrative of our educational system considers the conquest and invasion of America a process of dialogue between two cultures. For example, there’s the “meeting of two worlds”. The oft-used euphemism that refers to the imposition of a language, a religion and a way of conceiving reality.

The conquest brought with it a “racial organization of work”. The whites and their legitimate descendants occupied the highest level of the pyramid in the colonial world. Contrary to what the textbooks and official history would have us believe, that form of domination didn’t end with independence. Instead it adapted to the new circumstances under the umbrella of what we know today as racism.

The new times require new ways of conserving power, and that’s where science played an important role. On this theme, Guatemalan Maria Elena Casaus has broadly documented the influence that the believers in the whitening of society exerted over certain Central American thinkers.

She mentions, for example, the influence of French author Ernest Renan (1823-1892) with his idea that “the inferior races are comprised of the African negroes, the Australian Aborigines and the American Indians (…) The superior races such as the white and the Aryan, in addition possess beauty and culture.”

From the 19th to the 20th centuries

There are many more ideas like these plaguing the nineteenth century and surviving well into the twentieth century, where racism re-clothed as pseudo-science came to function as State ideology. The most extreme case was in Guatemala, with the genocide of the Mayan peoples.

The era was marked by heated discussions on race, where the moderates considered that the “degeneracies” that were native to certain groups could be overcome through education and civic instruction. Nicaraguan Salvador Mendieta proposes something similar in his book, La enfermedad de Centroamerica [“The disease of Central America”], published in 1934.

Before continuing, there’s a fundamental clarification that mustn’t be lost from sight, races don’t exist. All humans belong to a single species, and there’s no genetic or scientific basis for believing that skin color presupposes any key differences.  What does exist, however, is racism, which isn’t a scientific theory but an ideological construction of colonialism. It dictates the ways in which society should be organized in terms of skin color and culture.

Using these ideas, Peruvian sociologist Anibal Quijano goes on to develop the concept of the “coloniality of power”. He refers to the effects of colonial domination, where the idea of race was nurtured and has survived up until our times. It even came to have great influence on the conformation of the modern States.

Skin color and the pyramid of society

The racial hierarchies place the European white man at the top of the pyramid. Not only is this subject’s skin color “in his favor”. He also has a language, a religious dogma, a way of generating knowledge and productive relations that are superior to those of the non-white. The latter are seen as primitive beings, inferior and savage. It’s no coincidence that the Central American oligarchy who inherited colonial power never lost sight of the European genealogy from which they sprang.

The mestizo, then, comes to be seen as a “semi-civilized” subject, because he’s not a complete savage. It’s better to be half-white than not at all white – understanding “white” as something beyond skin color. It’s better to be an indigenous person that didn’t learn their original tongue, because it’s of no help in the world of the mestizos. Likewise, they can’t trace their genealogy back to any original people, or the good fortune of being born with a slightly lighter skin.

The mestizo, according to the myth “brings the best of both worlds”. Western rationality (their religion, language and form of government) and the folkloric customs attributed to the indigenous (their dances, their parties, and their food). Under this simplistic and conciliatory thesis about the conquest, ideas are spread about the construction of the Nicaraguan identity. This view is exemplified in Pablo Antonio Cuadra’s well-known work El Nicaragüense or spread by the National Tourist Service. The latter  integrates this as best they can into their publicity about the land of lakes and volcanoes.

Nicaragua’s Mosquitia and trying to integrate the natives

From the time that the [Atlantic coast area] Mosquitia was reincorporated under the rule of Jose Santos Zelaya, the State’s role in continuing this project of whitening bequeathed to us by colonialism has been visible in a number of ways. Evidence includes the disrespect for the Caribbean coast’s autonomy statutes. Likewise, the predatory lust for the protected territories of the Miskitu or Mayangna indigenous peoples.

This combined with no willingness to preserve the languages of those who inhabit this geographic area we call Nicaragua. This same State has acted as the motor force for homogenizing those who are different. Or those who don’t want to participate in the dream of the mestizo nation.

Geographer Bernard Nietschmann, who is very familiar with the Caribbean Coast, comments how the Sandinista Front wanted to “rescue” the Miskitus in order to incorporate them into the revolution. In their eyes, the only way to make them into “Nicaraguan” peasants was for them to abandon their language, their culture and their history. This included their way of relating to the earth.

The inability of understanding the colonial legacy in America generated analyses like that of Orlando Nunez on the subject of the Nicaraguan rural peoples. The author saw these campesinos as a mix of “the conceptions of Chayanov and Lenin”.  In addition, Nunez viewed their form of organization as putting a “set of brakes on production and productivity”.

Beyond a matter of racial quotas, reflecting from our perspective of the mestizo being can help us understand the ways in which power has been exercised and the oligarchies in our country have been formed – oligarchies that in many cases are still active. Recognizing the colonial legacy in our way of looking at the “other”, with their ways of life and organization, can open a genuine debate about how to stop thinking about a homogenous nation as a desirable aspiration, and think about plurality as an ineludible fact.