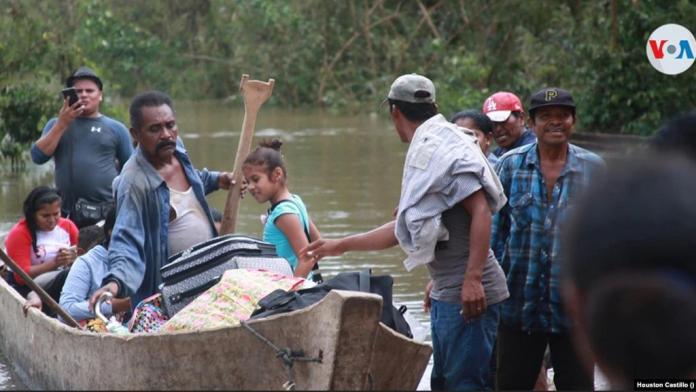 TODAY NICARAGUA – The Nicaraguan government activated the alarms this week due to the formation of a meteorological phenomenon that could become a tropical storm and even a hurricane and impact the nation in the coming days.

The government spokeswoman and vice president Rosario Murillo announced that since last weekend she has been working with state institutions to avoid a catastrophe due to the natural phenomenon “which can be destructive on our Caribbean Coast.”

“There is still no definition of the point where it could make landfall, the different pages and international monitoring centers already define it as a tropical storm, but it is believed that it will develop into a hurricane,” Murillo said, adding that “it could be from Bluefields to Bilwi, or in any space of our North or South Caribbean coast”.

According to the United States National Hurricane Center, based in Miami, the system was located 420 kilometers east of Trinidad on Tuesday morning and could become a tropical storm in 48 hours.

It would be the second named storm of the 2022 Atlantic hurricane season and would be named Bonnie.

In 2020, two hurricanes in a row – Eta and Iota – hit Nicaragua, causing economic losses of some US$700 million dollars and leaving hundreds of families homeless.

Read more: They Survived Two Hurricanes in a Row, but Their Lives Came to a Halt

Scientist Jaime Incer Barquero, who served as advisor to the Nicaraguan presidency on environmental issues, told the Voice of America in a past interview that the Central American nation, like all countries in the world, is suffering from a totally altered climate and Part of this is due to the fact that the territory has suffered extensive deforestation for many decades.

Read more: First images of the destruction of the most powerful hurricane that has touched Nicaragua

And the Caribbean of Nicaragua is no exception.

“Those two hurricanes, almost 15 days apart, and they affected the country more intensely, we could say, because of its geographical position, because of its territorial narrowness, because of the tropical oceans that surround us both in the Pacific and in the Caribbean Sea, we are subject to dramatic changes in terms of temperatures and rainfall,” he added.

Precisely because of the experience of what happened in 2020, the Nicaraguan government stated that they will be vigilant and will implement the mobilization of families to safe places.