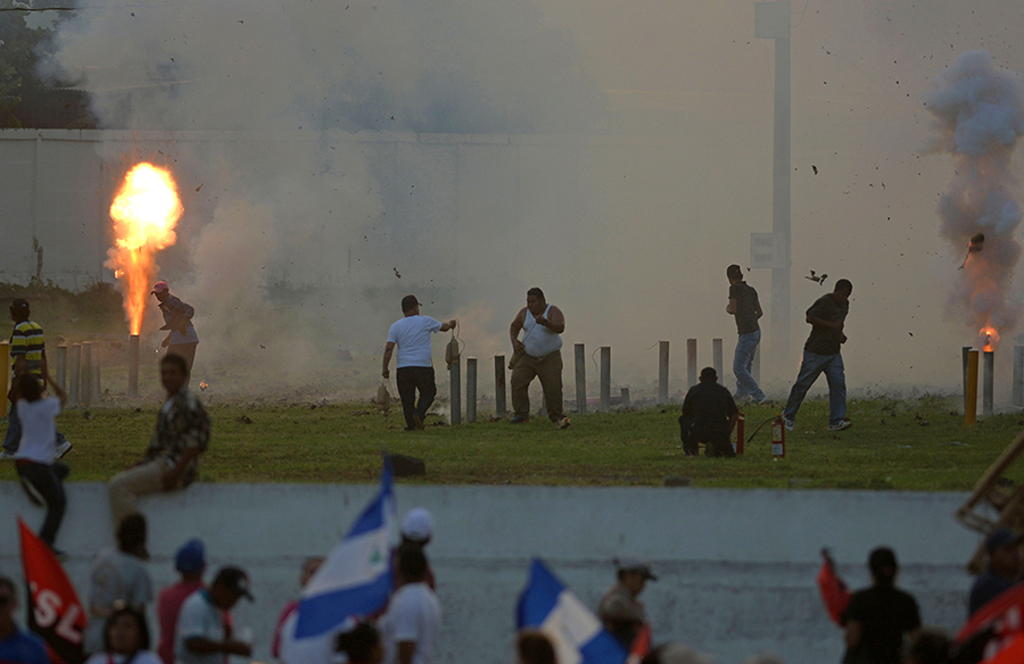 Supporters of Nicaraguan President Daniel Ortega launch mortars during the commemoration of the 39th Anniversary of the Sandinista Revolution at “La Fe” square in Managua on July 19, 2018.
Ortega blamed “satanical criminals,” Catholic bishops and the US for a wave of unrest he has violently sought to extinguish, as he marked on Thursday the 39th anniversary of the leftwing revolution that first brought him to power. / AFP PHOTO / MARVIN RECINOS 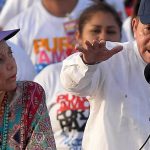 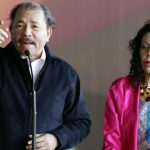