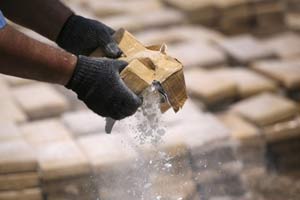 TODAY NICARAGUA (Prensa Latina) The Nicaraguan Navy struck against the drug traffickers of the zone of the Pacific Ocean coast, with the capture of three motor boats and 14 sacks of cocaine, as revealed Monday.
The operation took place at 50 nautical miles from a place called Corinto, main port of Nicaragua.

The operation concluded with the capture of eight of the crew members of the motor boats: seven from el Salvador and a Honduran.

Both the drug and the drug traffickers were sent to the national police of Nicaragua for their penal process.

This month similar operations were also developed on the coast of the Caribbean, through which about 12 kilograms of the substance were seized, from Jamaica.

Since January, and until the end of November last year, the army seized 800 thousand dollars and more than two thousand 500 kilograms of cocaine, at the time that destroyed plantations of marijuana, said that last month the head of the military body, Julio César Avilés.

The fight against the traffic of narcotic drugs is located between the priorities of this country in Central America, whose efforts in the fight against this scourge are recognized by entities such as the Office of the United Nations on drugs and crime.

QCOSTARICA - The Government of Rodrigo Chaves has already...
National