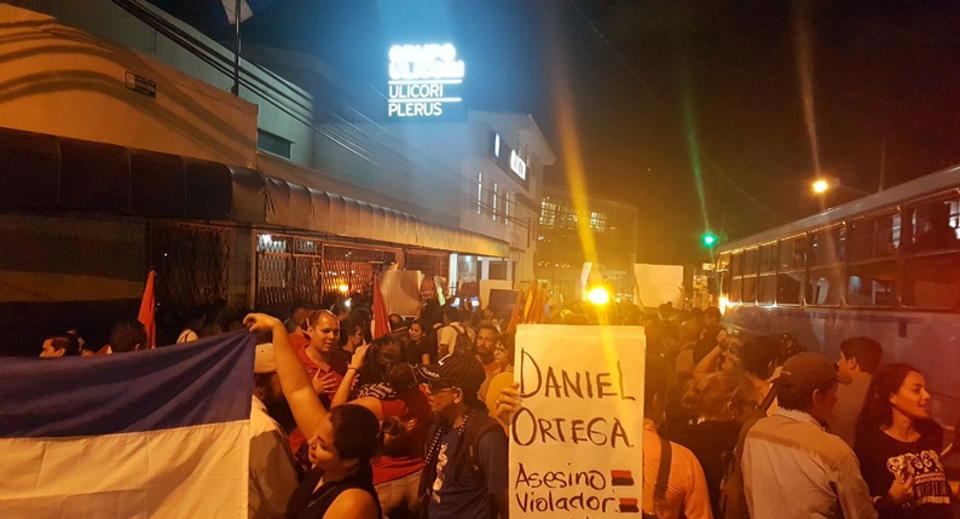 A group of Nicaraguans in Costa Rica demonstrated Friday afternoon in front of their country’s Embassy located in Barrio la California, on the east side of San Jose.

One of the leaders of the social movement calls for the repression in Nicaragua to stop, alluding to the climate of violence that exists in the neighboring country.

Last night, Nicaragua’s Vice-president and government spokesperson confirmed 10 deaths resulting from the three days of continued violence in Managua, Nicaragua’s capital and other cities and towns, among them Masaya, Esteli, Matagalpa, Chinandega, Leon and Granada.

Demonstrators arrived with banners, demanding freedom, respect for the right to protest in the streets and ask Ticos (Costa Ricans) for unity in these difficult times.

A similar demonstration is being called for today in the Plaza de la Democracia, in the heart of San Jose, starting at 5:00 p.m.

QCOSTARICA - The emergency due to the rains that...
Trends

Cell phones are a fully integrated part of our...