No More US Financial Aid for Guatemala, Honduras, El Salvador 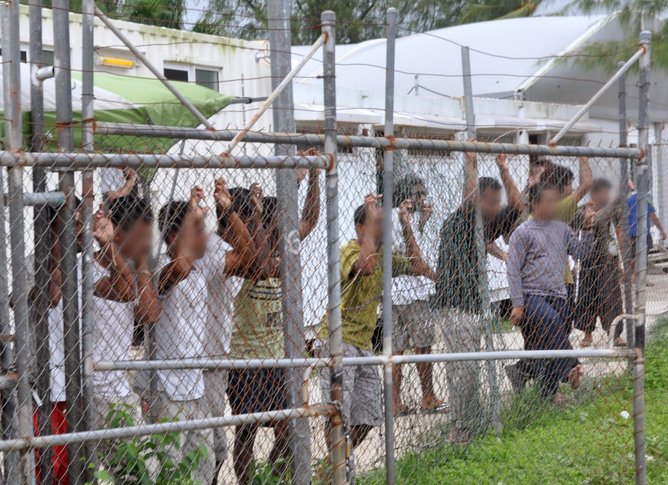 The U.S.-based outlet Politico reported that some US$627 million, which Congress allocated to the Central American countries last year, are “blocked” and it is still unknown if this funds will be delivered to them.

“At the Secretary [Mike Pompeo’s] instruction we are carrying out the President’s direction and ending FY [fiscal year] 2017 and FY 2018 foreign assistance programs for the Northern Triangle,” a DOS spokesman told ABC News, adding that “we will be engaging Congress as part of this process.”

The Northern Triangle is a Central American region where most of the migrants have come from in recent years. In December 2018, Trump warned that U.S. assistance to Honduras, Guatemala and El Salvador would cease.

”I’ve ended payments to Guatemala, Honduras and El Salvador. No money goes there anymore… We’re not paying them anymore because they haven’t done a thing for us,” Trump said, as reported by ABC news.

Trump is mad because most of the migrants crossing the border are bi racial descendants of Native Americans from Central America that he cant stop. Pray for our people #Mayan pic.twitter.com/USTUaAeEAC

The U.S. allocated US$84 million in foreign assistance to Guatemala, US$58 million to Honduras and US$51 million to El Salvador in FY 2018, which began October 2017 to September 2018. Part of these funds was channeled through the United States Agency for Development (USAID). In fiscal year 2017, funds related to the U.S. fight against drugs amounted to US$42 million throughout Central America.

Before Pompeo’s instruction was announced, however, the governments of El Salvador, Guatemala and Honduras agreed with the U.S. on Feb. 27 to carry out joint police operations to combat criminal organizations and irregular migration at the Northern Triangle.

The agreement was reached at the Meeting of Security Ministers of the Northern Triangle in Tegucigalpa, the Hondura’s capital, between security officials of the three countries and the U.S. Secretary of Homeland Security Kirstjen Nielsen.

Trump: Shooting Down Migrants With Machine Guns Is A ‘Very Effective Way’ To Control The Border | @crooksandliars https://t.co/r0wrJHAhPx
an obscenity. https://t.co/HpLxVzX2Md

Although the meeting’s final statement just mentioned that it was agreed on to develop joint operations aimed at combating the region’s “criminal structures,” a Honduran official said the agreement includes the United States, which Nielsen confirmed through Twitter.

“I’m pleased to announce the U.S. and Northern Triangle allies have reached a historic agreement to confront the root causes of the crisis on our border,” Nielsen said. He added that “working with Central American governments to increase security & prosperity in the region has been one of my greatest priorities.”

No further details were given on security operations, though other aspects of the pact were shared including combating irregular migration, legislative changes against drug trafficking and human trafficking in El Salvador, and the application of new security technologies for border migration control.