Not So Fast With Carbon Neutral 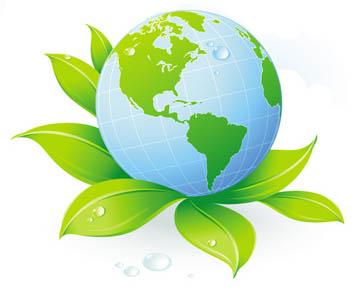 The words “Carbon Neutral”, certainly melds with the newest darling of ecology in any combination of words.  Especially those of  Costa Rica in her effort to sell something to someone for more than its worth.

The reduction of carbon in Costa Rica is a mythical story similar to “Lord of the Rings”.  While sending out sleepy sloth and Pura Vida campaigns, the bottom line is just about any place within the greater metropolitan area which constitutes 70% – 80% of the national population, the smell of diesel, the smoke from tail pipes and the “do nothing” traffic police collectively create an Armageddon of emphysema.

Yet, by an act of nature, Costa Rica has lucked out in that if we go outside of the Central Valley, it immediately starts to become more and more rural with more and more trees translating to more and more green which are indeed carbon free. However, the roadsides and rivers are lined with trash, garbage and “yes”, feces all running to the beaches.

But that contamination of nature does not count. It’s only carbon emissions that count, like the big busses that must have skipped over the inspection of carbon dioxide (Black Smoke) as part of the yearly exam, or the even newer cars who borrowed a cheap-ass catalytic converter (Which many locals think it is a gizzmo from Star Trek) to pass the annual test.  (In Europe, I bought one for a little over $500. Here I was offered one for rent just to get through the inspection for $5.00. But, along with the passing tires, I would have had to return both within one hour of the exam.)  Once I would get my sticker of approval, it was back to normal for twelve more months.

Is there a remote connection between abusing carbon neutral and the massive corruption of la Trocha, the north border road that is but a mud hole and has evidenced massive pay-offs but very little construction.
I think so.

It is a false promotion of national pride, a false sense that the world will go on accepting Costa Rica as the haven of ecology even after learning the brutal death of the 26 year old environmentalist, Jairo Mora Sandoval.

Interestingly, many national articles bring into the story narco-trafficantes as if they are the source of it all. Very easy to do and easilly accepted. It is difficult if not imposible, to connect the dots between turtle eggs, drug dealers and the brutal execution of Jairo Mora Sandoval, a volunteer environmentalist.

If anyone reading articles thinks that the illegal and deplorable acts of shark fining (Cutting of the fin and tossing the remains back into the ocean to be eaten alive) and the profits gained from killing the environment along with those who wish to protect it are related to drug dealing, then you live on another planet with its own rule of decency.

As Costa Rice strives, even begs, to become a member of the developed world; we should not.

Right now the developed world is not trading carbon neutral credits in turn for acceptable pollution, but is focusing both effort and billions of dollars to defend against “Climate Change.”

Western Europe, New York City, New Jersey. Oklahoma, etc. are each launching expensive defenses against climate change. In short, it is too late to keep yakking about “warming” and debate because “showtime” is here. it is now! Such events as hurricane Sandy the recent plethora of tornados are not anomalies but rather to be expected as a new way of life.

Even the Keys in Florida are putting homes on stilts, New York City is proposing to purchase property near the beach areas and move residents back beyond the current threat as is the case in New Jersey, even London.

We have done very little to defend against climate change. Not even the practical, like moving homes,  and business out of harm’s way and fortifying breakers from the foretelling truth of so many minor tremblers which must surely soon translate into a major quake. In the mean time, we will have on both coasts torrential winds and rains that will prove our Pura Vida public relations mantra all wrong.

QCOSTARICA - For today, Monday, September 13, despite being...
Fuel Prices