On June 26, severe regulations of the anti-tobacco law will go into effect, drastically restricting how cigarettes are sold and even delivered to retailers. The new rules are some of the strictest outside Islamic countries.

Not only are packs of 10 and 15 cigarettes banned from the market but even trucks and panels delivering the legal packs of 20 are barred from being marked and the colorful signs advertising tobacco will disappear from bars and neighborhood convenience stores (pulperias.) 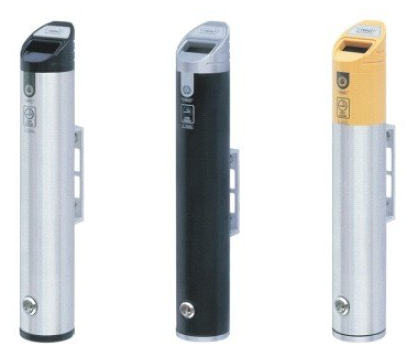 The changes fostered by the law are so extreme that they went into effect in increments. Cigarette advertising in the media has been banned for years but the so-called Reglamiento de la Ley General del Control de Tobacco y sus Efectos  Nocivos para la Salud  has made even marking of cigarette dispensers illegal.

Just how rigid the law is can be measured by the alleged violation of a supermarket in Perez Zeledon in the southern part of the country. That business faces a 30 billion colon fine but an appeal is in the works. Violating the advertising restrictions can net a fine up to 3.8 million colones.

As the country’s two major tobacco companies scrambled to sell off their inventory of smaller packs of cigarettes, the familiar packs of 20 all but disappeared.

But the anti-tobacco lobby is still pushing harder, with the scent of victory in their nostrils. The National Anti Tobacco Network (RENATA) accused the tobacco companies to hedging on the restrictions and noted that the warnings on cigarette packs are still not as strong as the new law requires.

Commentary: We share a worry with Leopoldo Sanz of Tabacalera Costarricense, one of the major cigarette companies, that the severe restrictions are merely going to plague police with the smuggling of cheaper smokes from abroad.

In New York City, with some of the most punitive cigarette taxes in the United States, police have to waste their time tracking down smugglers bringing in cheaper brands from other states, often as close as New Jersey. This country doesn’t need a black market.

We also think that the banning of the mini-packs is counterproductive. The idea is that the smaller packs, cheaper, would keep teenagers and the poor from indulging in the tobacco habit. The fact is, that the non-addicted smoker who buys smaller packs because the last cigarettes become stale in the larger ones, is penalized by the new regulations as are those who buy smaller packs to cut down or quit.

Unfortunately, not all crusades to benefit people “for their own good,” despite the fact that they are opposed, work out for the best. (Check out the Volstead Act and Savonarola if you don’t believe us.) As with the traffic law in the past, we believe that the giant fines decreed by the law will not stand the test of Constitutionality.

We fear that the lawmakers once again have overreached.

QCOSTARICA - Almost ¢140 billion colones (US$227 million dollars) is the amount the MECO construction company was able to snare for public works contracts...
Redaqted