Last month (April) the Poas began its latest period of intense activity; while the Turrialba continues to spew ash and gas continuously 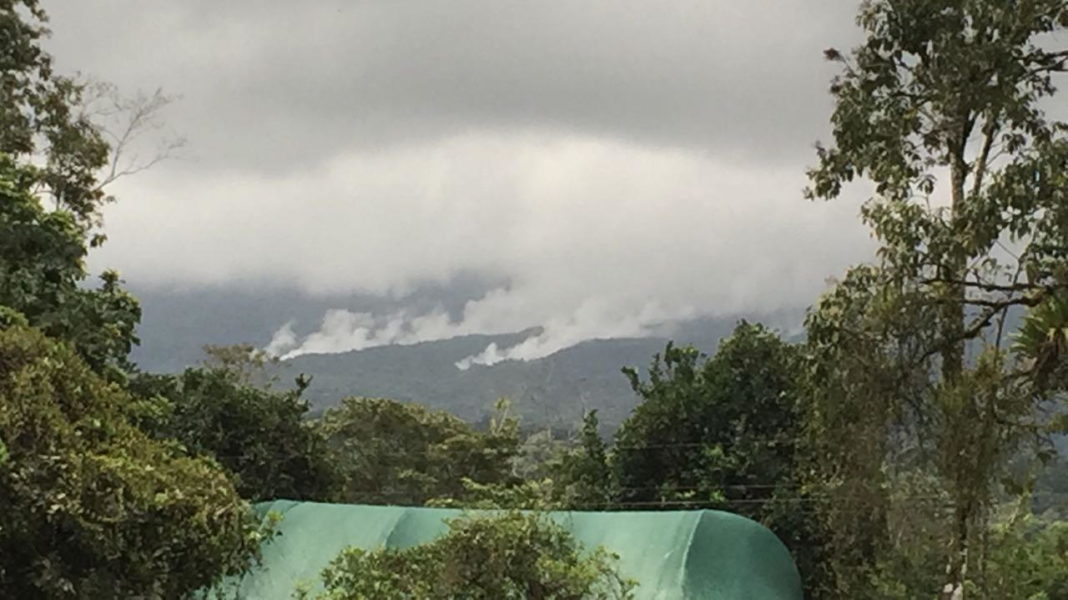 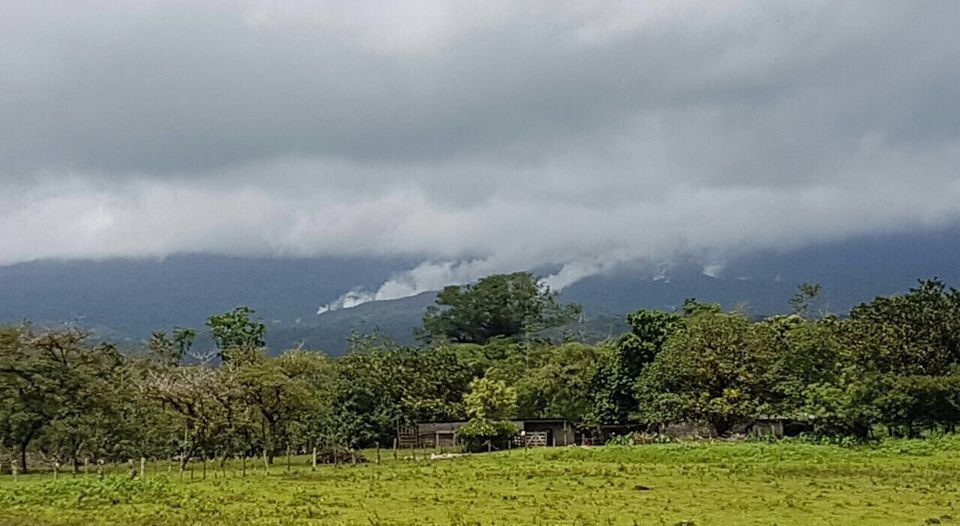 It was 10:12am Tuesday when people from Buenos Aires de Upala, the closest community to the Rincon de la Vieja volcano, heard the noise coming from the massif, a sound similar to that of a jet engine, and columns of water and hot vapor reaching heights of 400 meters.

About 40 minutes later, when the event was over, they observed columns of smoke descending the northern slope. The Observatorio Vulcanológico y Sismológico de Costa Rica (Ovsicori) reported that the movement of the downhill material was maintained for approximately 15 minutes.

Olman Bustos, a resident of Buenos Aires, confirmed the descent of the material and even sent photographs to the Ovsicori. The hot material (with gases and mud) ran for over a kilometer. 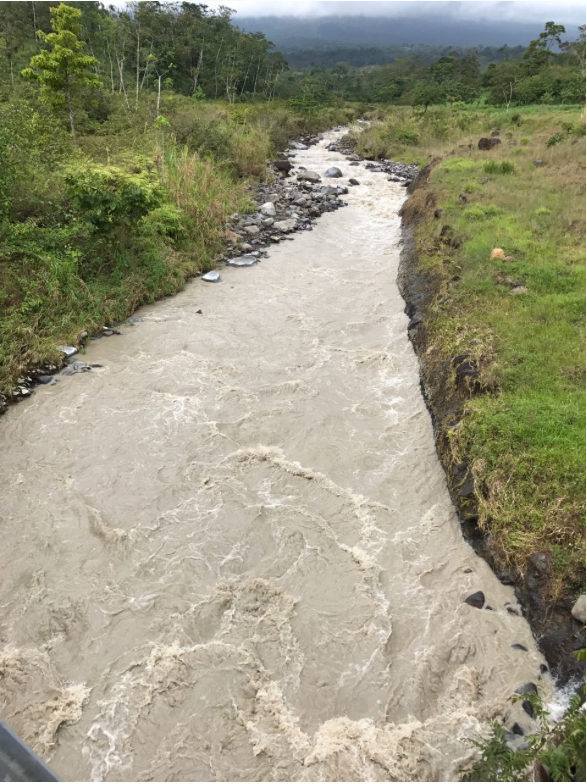 The Red Sismológica Nacional (RSN) –  National Seismological Network, said the eruption was recorded by its seismic devices and the event lasted about 90 seconds.

Following the eruption, the Pénjamo river, that passes near the localities of Buenos Aires, Armenia and Aguas Claras de Upala, where nearly 4,000 people live, was gray with ash. The Pénjamo is a tributary of the Niño River, which flows into Lake Nicaragua.

The Rincón de la Vieja had the last major activity on March 30, 2016, a phreatic eruption that was even recorded by a camera of the RSN. After that, the level of the hot lake began to fall, reaching very low levels. 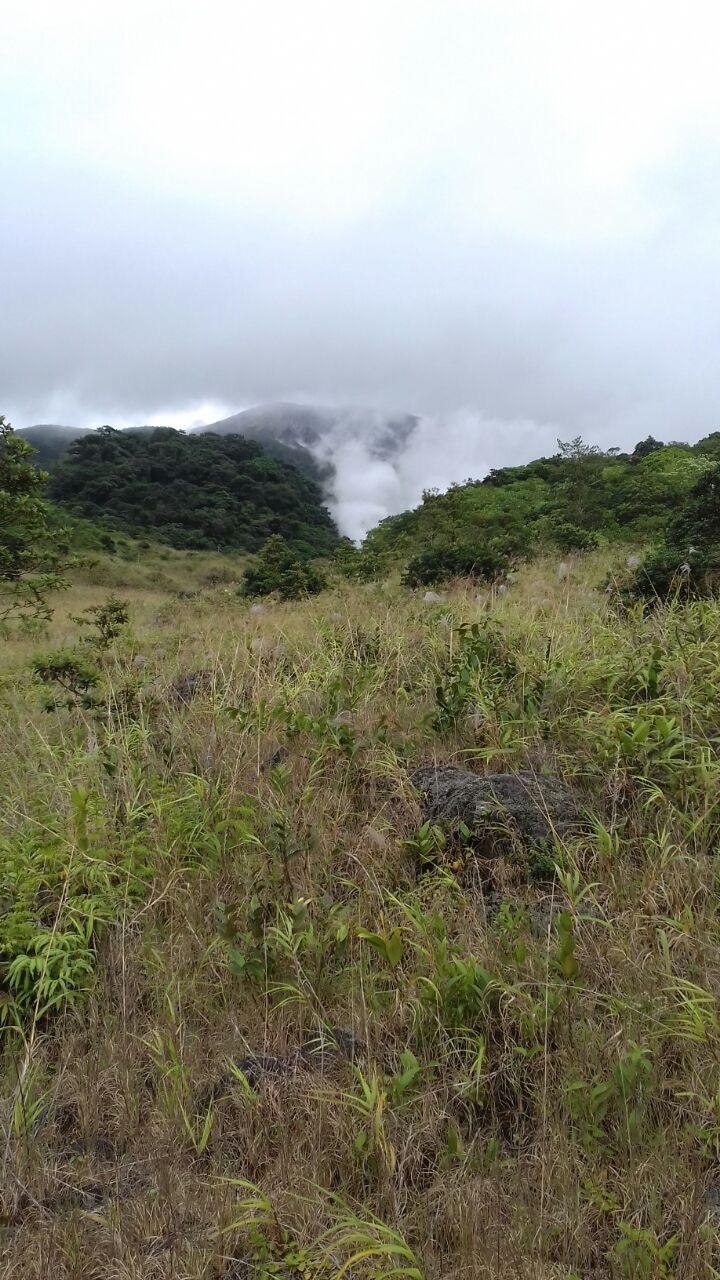 The Rincón de la Vieja, about 25 km from Liberia, is one of three volcanoes in the province of Guanacaste. The other two are Miravalles and Tenorio.

Its name means “The Old Woman’s Corner”, a reference to a local legend about a girl whose lover was thrown into the crater by her father; she became a recluse living on the mountain, and was credited with powers of healing.

- Advertisement -
Paying the bills
Previous articleRoger Moore Dead: ‘The Saint’ Actor Was 89
Next articleIs There A Shortcut?