In the minds of many these days in Costa Rica is the upcoming visit by U.S. President Barack Obama. The conversations surrounding the visit usually end up with questions like, where is the conference being held and where will the president be staying?

The answers to these questions are sketchy at best, partly due to security reasons, but also because the details are still being worked out, changing daily based on risk assessments by the President’s security forces.

What we do know is that President Obama will be staying mainly in the central area of San José.

According to the Ministro de Comunicación (Costa Rica’s minister of communications), Francisco Chacón, Obama will go from the airport  to the Casa Amarilla (Ministry of Foreign Relations) located in Barrio Amon. The Casa Amarilla is the “yellow house” located adjacent to the INS building and across from the Parque España. 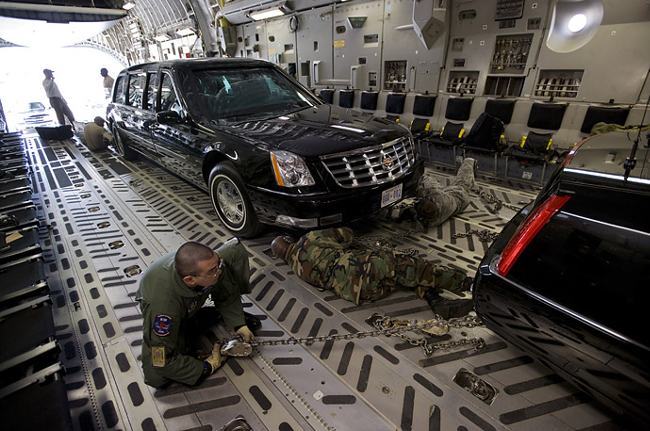 Here, at Casa Amarilla, the U.S. president will take part in the Central American Integration System (SICA in Spanish) meetings, that groups the presidents of Central America and the Dominican Republic.

According Chacón, lunch at the Teatro Nacional is a good possibility

From there the details are less and the questions many.

Will Obama visit the U.S. Embassy in Pavas? Maybe, the exterior – the outside wall of the compound – has been getting a paint job.

Where will he be staying? Your guess is as good as mine. The U.S. Ambassador’s home in Escazú? At the Intercontinental or Marriott? Or on Air Force One? where Obama has his own suite and all the comforts (and security) of home.

The autopista General Cañas – the major route into San José –  is getting dressed up for the event. Paseo Colon and the Avenida Segunda are really the only roads wide enough from a security point of view, and the only roads that do not show the dark, sleazy side of downtown San José.

It is unlikely that the U.S. President will be taken through the area known as the Coca Cola, the Mercado Bourbon, Paso de La Vaca or Barrio Mexico – streets that are littered with, well, litter and home to many of San José’s indigents.

Normally the Presidential motorcase is made up of 20 vehicles. What we do know is that the Air Fore C-17 Globemaster III will be carrying only seven. I am sure that there will be a group of “local” vehicles accompaying the the US security force.

How long will be staying? Obama is schedule to arrive sometime Friday afternoon. The specific time when Air Force One is to land at the Juan Santamaria (San José) airport is being withheld, and is to leave sometime Saturday afternoon. The arrival and the departure of President Obama will be felt by many, as the San José airport operations and all commercial flights will be suspended for up to two hours before the presidential arrival/departure. Private and cargo flights will be suspended starting Friday morning, says the airport manager.

Will the visit affect traffic in San José? That is a definite. You can expect the major routes like the General Cañas, Paseo Colon and Avenida Segunda and surrounding streets completely closed off to all vehicular traffic during Obama’s movements.

QCOSTARICA - Vaccination against covid-19 will be mandatory for...